Will Cairns: Don't plug me in 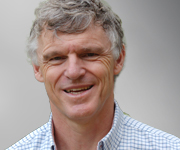 “Daddy used to say that if he get so old so that he couldn’t drink beer and catch catfish then I had to put him in a boat and set him on fire, so that no-one could come and plug him in the wall.” from the movie Beasts of the Southern Wild

I HAVE talked about death with thousands of people over my years in general practice and palliative care.

Not surprisingly, as soon as I mention to anyone that I work in palliative care they start to tell me what they want for the end of their lives. Very few have said they want to be “plugged into a wall” and kept alive when there is little hope they would recover enough to do the things that give their life meaning. Certainly I can’t remember any doctors or nurses who felt that way.

The culturally and biologically based mores that govern our lives evolved over hundreds of thousands and millions of years respectively in circumstances where, much as humans may have wished, there was almost nothing that that could be done to stop sick people from dying. That was the way it was and people had to deal with it.

However, in the past 200 or so years things have changed, at least in the developed parts of the world such as Australia. We now have access to a vast array of technologies that can restore us from illness to a full and meaningful life or, more often, hold illness at bay and delay death.

These successes have encouraged us to develop expectations of health care that belie the reality of death’s inevitability. Sometimes I see people with advanced disease, or their families, who are incredulous that there are no curative treatments and that I am being consulted because the best option is to focus on comfort.

In spite of this phenomenon, I think the attitudes of a growing number of people in the community are far more pragmatic. They have recognised that technology may just delay our dying and dangle us over the edge of the precipice for a very long time before, inevitably, the thread breaks.

Most do not wish to live out a life without what they define as quality, and recognise that there is a time to stop trying to prolong life and stand aside while dying follows its natural course. They believe this applies not only for the elderly but for dying people of any age, even children and premature babies who cannot voice their own opinion.

Strangely, and in spite of this evolution in community attitudes, clinicians and politicians — the people who should lead the discussion — are often absent from public debate about inevitable death and how to deal with it.

While we can engage in theoretical and philosophical discussions about our rights and duties to both live and die, most of the time people make their personal decisions in the context of the realities of their own lives and experiences.

Baby boomers, of which I am one, are facing up to the reality of our decline to inevitable death. Our concerns are less with the fact of our death than with how we will live out our dying and of the burden that we might impose on our families and our communities.

It seems to me far better to engage in a public debate about how we should be supported as we die (with the bonus that we might free up resources for a far greater community benefit) than to ignore the wishes of the ageing and just watch as the realities of the cost of high-tech health care play out and rationing is introduced by stealth or edict. Given the opportunity, we can be quite sanguine about our lives.

Everyone I talk to who works in health care recognises that we cannot carry on with business as usual. Our population is ageing and we are nurturing an unsustainable debt to the future.

I, for one, do not want a long and drawn-out death. I do not want to burden (neither emotionally nor financially) my family with a prolonged end to my life. I would rather have my community spend money on education and infrastructure for the future than on prolonging my life for a few weeks or months. I don’t want my community to borrow money from my grandchildren to prop me up in frail old age.

Don’t “plug me into the wall”; just treat me with dignity and keep me comfortable as I decline unto death. These are common requests being voiced widely and they should to be listened to.

Associate Professor Will Cairns is the director of the Townsville Palliative Care Service, Queensland.