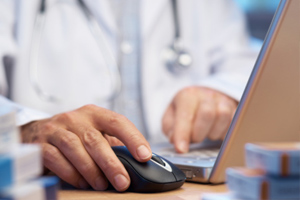 THE rollout of a proposed national reporting initiative to help curb “prescription shopping” and opioid misuse seems to have stalled, with experts calling for action on a real-time monitoring system of Schedule 8 drugs.

A Perspectives article in this week’s MJA says the introduction of a national real-time reporting system promises health professionals “better information for decision making”, despite the mixed benefits of prescription monitoring programs operating in the US. (1)

The authors wrote that the number of opioid prescriptions in Australia had increased by about 300% between 1992 and 2007, with growing professional concern about the appropriateness of prescribing these drugs for people with chronic non-cancer pain.

Currently in Australia the regulation and monitoring of Schedule 8 drugs differs in each state and territory, although the federal government last year committed $5 million to establish the Electronic Recording and Reporting of Controlled Drugs (ERRCD). The real-time reporting system is modelled on a program pioneered in Tasmania that automatically collects details of all Schedule 8 prescriptions at pharmacies and sends them to state health departments in real time.

A spokesperson for Health Minister Tanya Plibersek told MJA InSight that the initial version of the ERRCD system was made available to the states and territories from July last year.

The spokesperson said further modifications to the system, to enable full real-time reporting capabilities and cross-border information sharing, were completed last November and software licence agreements were recently provided to the states and territories.

“The department is keen to see the ERRCD system implemented as soon as possible. This is dependent on states and territories signing [the licence agreements], making changes to relevant legislation and migrating data from current systems to the ERRCD system”, the spokesperson said.

However, Queensland’s Chief Health Officer Dr Jeannette Young told MJA InSight the federal government had not yet released the ERRCD software. She said Queensland would participate in a trial of it when the software was released in about two months.

A SA Health spokesperson said it was also waiting for the delivery of the final version of the software, but was committed to implementing the ERRCD system.  A spokesperson for NSW Health said it was currently assessing the system.

Dr Simon Holliday, visiting medical officer with the Drug and Alcohol Clinical Services department at Manning Rural Hospital in NSW, said he believed the ERRCD had become “bogged down in privacy laws and state/federal squabbling”.

“It’s mad that the real-time reporting system is not embedded with the e-health system”, Dr Holliday said. “It’s not going to make everything perfect, but there is no question it will pick up a lot of stuff.

“At the moment we have a farce of a system. [The ERRCD] would be public health CPR — really essential”, he said.

However, the authors of the MJA article cautioned that there could be unintended negative consequences of a real-time reporting system such as overly cautious prescribing of indicated drugs, a shift to other drug classes or illicit drugs, unsanctioned procurement, stigmatisation and poor uptake of the system by doctors.

Dr Holliday agreed that a real-time reporting system would miss identity fraud, and people who hoarded prescriptions or when drugs were stolen or resold.

“Overall, though, it will be a plus, given its limitations”, he said. “It will help detect the top level of misusers and save lives.”

“Australia is introducing one of the world’s first national RTR systems”, they wrote.

“An evaluation of this experience will provide important lessons for other countries struggling to effectively regulate appropriate medical use of opioids for pain.

“A well designed RTR system has the potential to make a significant contribution to the quality use of medicines in Australia.”