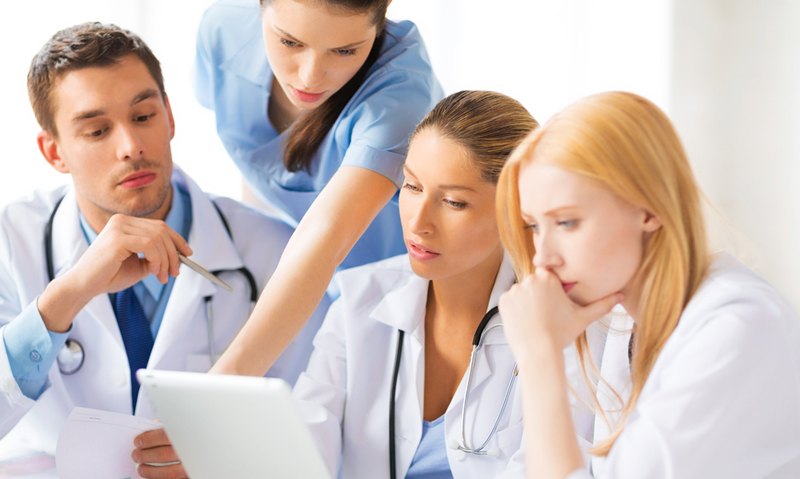 INCREASED opportunities for peer-assisted learning in Australian medical schools and teaching hospitals are on the agenda, according to leaders in medical education.

The authors of Perspective article in the MJA have described early results of an extracurricular peer-assisted learning (PAL) program initiated at the University of WA as positive. (1)

The authors wrote that teaching was an essential skill for junior doctors, as it improved their interactions with patients and their efficacy as mentors for medical students.

Evidence from European and US medical schools suggested PAL programs taught students how to “teach and give feedback” as well as giving them the chance to “practise and consolidate” their own skills, the authors wrote.

“We believe [PAL] should be a really important element of a modern medical curriculum”, Professor Burt said.

“We see it as an important attribute of our graduates that they see themselves as teachers. At the moment we don’t have a formal training program but we have it in our sights as we renew our curriculum in the very near future.”

The University of Adelaide already offers a 9-week elective unit in the final year of its 6-year MBBS degree, in which students receive structured teaching training and the opportunity to teach second- and third-year students.

“In the last 2 years that it has been offered it has been taken up by 31% and 30% of students respectively, and the evaluation of that course has been very positive”, Professor Burt said.

“There are challenges — this kind of program needs committed medical educators to champion it, and you have to make sure the induction is solid and robust. There would be nothing worse than doing it piecemeal and getting it wrong.”

Dr Will Milford, chair of the AMA’s Council of Doctors in Training (CDIT), said his group “thoroughly supported” PAL programs, adding that major hospitals should share the responsibility with medical schools of giving junior doctors adequate training in teaching.

“There’s no question that a large amount of teaching is delivered by junior doctors, most of it on the job and informally, and that continues right through our medical training”, Dr Milford told MJA InSight.

“It’s never too early to start teaching people to do this and that’s why PAL programs in medical schools are important, but hospitals need to support it as well”, Dr Milford said.

“Some hospitals are starting to introduce educational registrar positions, which allow the registrars to receive training in teaching as well as be involved in teaching programs within the hospital.”

Professor Peter Smith, president of the Medical Deans of Australia and New Zealand, and dean of the University of NSW Medical School, said PAL programs would need “very clear guidelines”.

“There would have to be very careful assessment of both the process and the outcomes”, he told MJA InSight. “We’d be generally supportive, however.”

15 thoughts on “Push for peer-assisted learning”