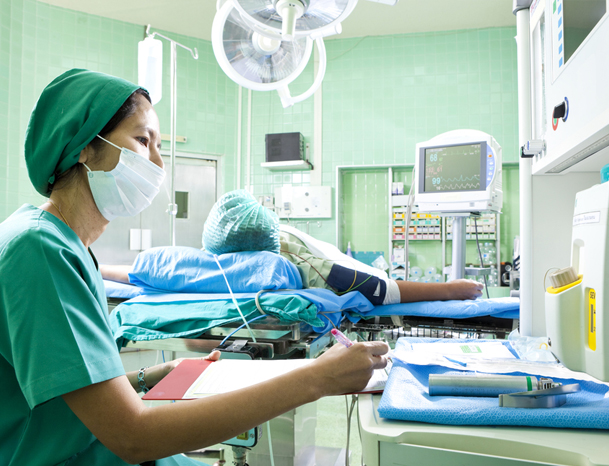 RESEARCHERS have called for clinical trials to be integrated into the Australian health system and funded out of the health budget to ensure only the most effective medical treatments get public funding.

In a “Perspectives” article in the latest MJA, the authors outlined a new model for funding public-good trials, which included embedding clinical trials in the health system by linking some hospital funding to research participation and allocating 0.5% (increasing to 1% by 2030) of total health care expenditure to clinical trials and health care evaluation. (1)

“The combination of an ageing population, the increasing cost of health care and new technological advances will lead to further cost increases, making it imperative for research to identify the most effective and efficient approaches to medical care within a constrained total budget”, the authors wrote.

Professor John Simes, a coauthor of the paper and director of the NHRMC’s Clinical Trials Centre at the University of Sydney, said taking a long-term view of clinical trial expenditure would ensure that the project $250 billion that the Australian Government would be investing in health care by 2050 was well spent.

“If we plan ahead and look at allocating a small proportion of our projected increase in health care costs to evaluating what works and what’s more effective, then … [we] will be able to deliver better health outcomes for the same expenditure”, Professor Simes told MJA InSight.

He said while clinicians and hospital administrators viewed clinical trials as important, trials were often perceived as difficult to fund and “something on the side”.

“That’s why [it’s important to have] a model where the delivery of clinical trials is seen as one of the KPIs [key performance indicators] for hospitals built into the funding formulae as a way of ensuring that [this research] is seen as an integral part of providing quality health care rather than an [added] extra that is done if [there is] sufficient time and resources left,” he said.

Responding to the article, a spokesperson for the NHMRC said the Australian Government and the NHMRC recognised the central importance of clinical trials to the functioning of the health care system.

“[The] NHMRC is currently reviewing its processes for the funding of clinical trials. While emphasising that competitive peer-review remains central to funding decisions, NHMRC will continue to support academic clinical trials networks as part of the new clinical trials initiative and will support translational research through its partnership centres”, the spokesperson said.

The new clinical trails initiative was announced by the government earlier this year and had committed $9.9 million to strengthen and support Australia’s clinical trial research sector, the spokesperson said. (2)

Reform initiatives include streamlining ethical and governance review arrangements; the provision of education and training to improve clinical trial conduct and timeliness; and the incorporation of clinical research into the e-health system through support for changes to the personally controlled e-health records.

The spokesperson said that the government was also considering The Strategic Review of Health and Medical Research (McKeon Review), which recommended that Australian governments develop a 10-year strategy for embedding health and medical research into all aspects of the health system. (3)

Professor Simes said while he welcomed the McKeon Review’s recommendations, the model outlined by him and the Australian Clinical Trials Alliance gave particular emphasis to the importance of clinical trials research in the delivery of quality health care.

They also called for more funding for clinical trials than the additional $50–$100 million for non-commercial research recommended in the McKeon Review.

In another MJA article, researchers have called for greater access to the electoral roll for public health research, reporting a “dramatic reduction” in the number of approvals for access granted by the Australian Electoral Commission (AEC) in the 2010–11 financial year. (4)

While the researchers acknowledged that the release of electoral roll information was approved at the discretion of the AEC, they said it was concerning that NHMRC-funded projects which had met ethical requirements were unable to access electoral roll data.

One thought on “Embed clinical trials into health”