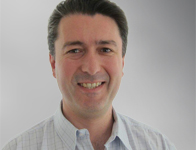 “SCRAP the cap” has been the most unifying campaign for the medical profession since the indemnity crisis about 12 years ago.

The federal government’s decision to cap tax deductions for activities related to continuing professional development (CPD) crosses all specialties and has the potential to diminish the practice of medicine. And it appears this decision is based on bad advice from Treasury.

Sadly, only major blows to the hip pocket seem to unify us and make us vocal.

However, I have been intrigued by the silence in some quarters.

Why are the Australian Health Practitioner Regulation Agency (AHPRA), state health departments and HealthWorkforce Australia (HWA) not making a fuss? You would think these organisations greatly value medical education and would decry anything that deters doctors from improving their knowledge and skills.

The government’s decision seems to play straight into the hands of those who want more regulation of our education and less professional independence.

AHPRA is starting a “conversation” on recertification and Medical Board of Australia chair Dr Joanna Flynn has implied that current CPD arrangements are inadequate. Dissenting voices need to be heard in such “conversations”.

Meanwhile, HWA and state health departments have introduced many training and professional development programs for their salaried and visiting staff. The British NHS started this process a few years ago — the program is a very wideranging approach to recertification and education and appears to almost take over the role of other providers in this sector — so there are precedents.

The timing of the federal government’s announcement to cap self-education tax deductions to coincide with proposed changes to the way CPD is run and administered by regulatory bodies is a real threat to our independence. It will lead to a shift away from the learned colleges, that have traditionally educated our profession.

Education is now well and truly under threat.

The cap is a broader issue that also affects other occupations. But why is the Business Council of Australia  silent?

The answer may be because corporations and businesses can still write off staff education on tax, as can any practitioner who is incorporated. Therefore, the tax cap is really hurting those on lower incomes for whom incorporation is not practical or affordable. In this respect, junior doctors, nurses and the lower-paid trades and professions will suffer most.

The sting will be if the Australian Tax Office decides to intervene on what defines staff training versus self-education.

Keep in mind that in medicine undertaking continuing self-education is mandatory to hold registration, so it can hardly be considered a luxury item or perk. It is a genuine business need and expense.

If we don’t convince the government to scrap the cap soon, the battle to maintain our education freedom and autonomy will become even harder to win.

Will the federal government's decision to cap self-funded education tax deductions to $2000 affect you?