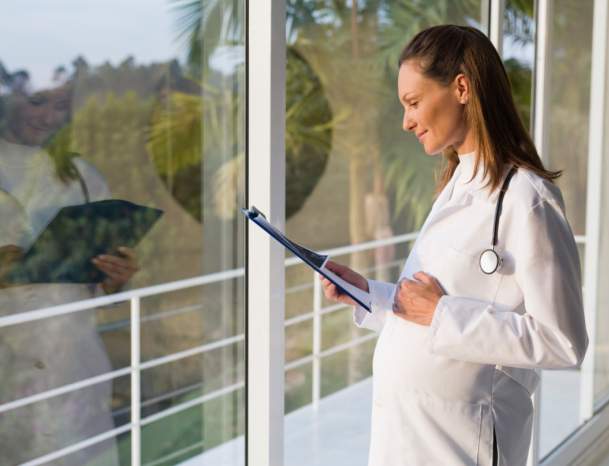 SURGICAL trainees wanting children are, in some cases, not revealing their pregnancy until they have secured their smooth return to training, in the latest indication that Australian women in medicine are battling to “have it all”.

An Australian surgical registrar in a major city hospital agreed to speak with MJA InSight about her experience on condition of anonymity.

“I am in my final year of training and have two children, both of whom were born while I was training”, the registrar said. “It’s been a bit of a challenge.

“My first was born in 2009, halfway through my second year. Things were different then. I had 6 weeks off between the two terms, so I missed 3 weeks at the end of the first term and 3 weeks at the start of the second. And I went back to training with a weeks-old baby”, she said.

“There wasn’t a lot of support or understanding.”

When her second child was born she opted to take a year off.

“I’ve been back in training about 6 months now and it’s been a much better experience.”

The registrar said she benefited from friendships with lawyers who helped her stand up for her rights in terms of maternity leave.

“It’s very hard to organise to have the time off as a trainee”, she said. “I had to write some very strong letters to get the time off.

“If you defer your training before you are allocated a job then, effectively, you have no employer to take maternity leave from. So I waited until my job was allocated before I told them I was pregnant and put in for maternity leave.

“The board was unhappy, and some of my colleagues were exceptionally unhappy, but that was the best way I could see to get what I was entitled to.”

There are anecdotal cases of other female registrars hiding their pregnancy until their position is secure.

Dr Jill Tomlinson, a plastic and reconstructive surgeon in Melbourne and secretary of the Australian Federation of Medical Women, said she had heard a mentor advised a trainee to “do it first and ask permission later”.

“The principle is ‘get in, get pregnant, then get help’”, Dr Tomlinson told MJA InSight.

“In other words, get the job — because it’s difficult to be deselected once they’ve picked you — get pregnant, and then get support and advice about how to make it work.”

Dr Tomlinson said these cases showed that there needed to be a cultural change about pregnancy.

“It’s still the case that only 10% of surgeons are women and certainly women are still considered to be the ‘other’. It’s not considered normal to get pregnant while in training or indeed ever as a surgeon. It brings a set of problems that the culture is not used to and can’t deal with very well.”

Dr Kate Drummond, chair of the Royal Australian College of Surgeons women in surgery section, said the problem was not a medical one, but a societal one.

“Whether you’re trying to build your own small business or make partner at a law firm, or be an elite athlete, or a top surgeon, the issues of delaying pregnancy and childbirth are the same”, Dr Drummond told MJA InSight.

She said flexible training was gaining acceptability in surgical training but that the issue was “complex”.

“There is enormous support for flexible training as an idea”, Dr Drummond said. “But there are complexities. It’s all very well for the college to say it’s a good idea, but they are not the ones who design the jobs. That’s up to the hospitals.

“The job needs to be designed well with an appropriate mix of activities for training purposes. We’re looking for innovative ways of doing it but it’s not straightforward.

“People who do surgery are an ambitious, driven bunch, and generally they want to get the training over and done with”, she said.

An emotional commentary in the latest Annals of Family Medicine by two American physicians detailed the consequences of their decisions to delay pregnancy until their careers were established. (1)

One doctor endured four in-vitro fertilisation cycles and two miscarriages before she gave birth to her son. The other had a stillbirth during her fellowship, before having two children later.