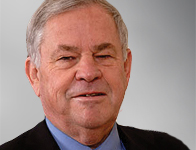 DARK matter — the stuff that fills the universe among the planets and stars — is of immense interest to contemporary astronomers.

Geneticists are turning their attention to the genetic material beyond the orderly confines of the genome. Public health practitioners are seeing how much of health is determined beyond infective organisms and environmental toxins in the extraordinarily complex world of community and culture. Microbiologists have defined a new body organ — the immense biome that dwells in our intestines.

Colleagues, we live in the midst of deep mystery, whether we stare skyward, consider our genes, contemplate where illness comes from or why our guts are rumbling.

No less mysterious is our response to therapies. The first editor of the MJA perished from a streptococcal infection. He would presumably not have met this fate today with antibiotics at hand. But in other settings the outlines are more softly drawn.

Perhaps the most mysterious element in medicine is the placebo effect. When an encounter between a doctor and a patient is secured with a script or a proposal for surgery, in some cases the placebo effect can occur. Yet we still don’t know why.

Kerr White, a towering public health physician from Canada and the US, was attracted to medicine while working in industry because of the mystery of the Hawthorne effect — an improvement in surveyed workers’ performance attributable to nothing more than being surveyed.

Kerr subsequently wrote about the placebo effect, arguing that from the evidence it probably accounted for about 10% of many therapeutic outcomes.

Things may have changed: Cochrane reviews are critical of the effect.

However, a recent study in the UK showed that GPs regularly prescribe knowing that the drug in question will not improve things — antibiotics for viral infections, for example. Less frequently they may prescribe sugar pills.

Is this ethical?  Should the patient be told or passively deceived? Opinion is divided, which for me raises the interesting question as to whether patients visit a doctor to be told everything or to be helped through an illness without necessarily being fully informed?

Two years ago Michael Specter wrote an article about placebos entitled “The power of nothing” in The New Yorker. Harvard, he said, had established a program in placebo studies and the therapeutic encounter, based at the Beth Israel Deaconess Medical Center.

Ted Kaptchuk, who directs the program, told The Atlantic: “It’s weird. There are reasons why I thought placebos might work.” Not all have panned out.

“We should examine what are the ingredients in a doctor-patient relationship that can be modified or altered”, he told The Atlantic. “By adding a supportive, warm, and empathic relationship to a dummy injection, we got much greater effects. That tells you something about medicine.”

Interesting, when you consider that the word “placebo” shares a root with “placate” and is found in 12th century Latin prayers for the dead as meaning “I shall please”.

However, Dr Harriet Hall, a retired family physician in the US, takes a harder line in The Atlantic article. “It involves deception. Lying is wrong, and if doctors start lying to patients, it destroys the trust. And that’s a bad thing”, she is quoted as saying.

She admits that “placebos can make people feel better”. “But the effect is small, temporary, and inconsistent, and doesn't have any objective effect on the disease process. Rather than giving a placebo, doctors should aim to enhance effective treatments with placebo effects [her term] by giving the patient more time, attention, and confidence.”

Wise advice — but the residual mystery around the placebo effect remains.

Professor Stephen Leeder is the editor-in-chief of the MJA and professor of public health and community medicine at the University of Sydney.