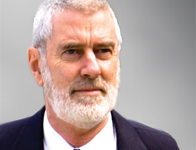 EARLIER this year comment was invited on a proposal to regulate the advertising of therapeutic goods, causing a great deal of angst among complementary medicine practitioners.

Following a number of public campaigns against two of the proposals, and objections from naturopaths, herbalists, homeopaths and Blackmores, the closing date for comment has been extended to 5pm this Friday, 19 July.

After considering public submissions on this latest document, the TGA will prepare a final RIS for the government to consider the proposed regulatory reforms.

Concerns and recommendations about the need for advertising regulatory reform date back to the 2002 “Report of a review of advertising therapeutic products in Australia and New Zealand” and have continued ever since. The current RIS merely provides the latest battleground in which reform proposals have been fiercely contested by self-interested stakeholders, especially the complementary medicine sector.

So which of the eight advertising reform proposals put up by the TGA has aroused the ire of naturopaths, herbalists and homeopaths? It’s Proposal 6: Advertising directed to health professionals, option 2 and Proposal 5: Advertising of higher risk medical devices, option 2.

Currently, “health professionals” are defined as practitioners registered under the National Registration Accreditation Scheme (NRAS) administered by Australian Health Practitioners Regulation Agency (AHPRA). Complementary practitioners such as herbalists, homeopaths and naturopaths are defined as members of an Australian branch of one of the bodies listed in the TGA regulations.

Advertising directed to the general public (whether published by or on behalf of the sponsor or a health care professional) must comply with a range of requirements prohibiting false, misleading and socially irresponsible advertising of therapeutic goods. The requirements also prohibit reference to serious conditions which require the diagnosis and/or management of a health care professional (among other matters).

Promotions to health professionals are subject to industry codes of conduct (of which there are many, regrettably with varied standards).

This appears to be the main point of contention by the naturopaths, herbalists, homeopaths and Blackmores, who are vigorously opposing this option. They argue that complementary health care practitioners are educated and approved by government in the higher education as well as the vocational education and training sectors.

The reality is that naturopaths, herbalists and homeopaths have not achieved national registration for a number of reasons, including the plethora of organisations that represent them and their many and varied educational and professional standards.

Although there are well trained complementary health care practitioners whose practice is evidence-based, there are many others who use shonky diagnostic and therapeutic techniques such as bio-impedance analysis and live blood analysis, and who are unaware of their limitations.

TGA’s proposal 5 would prohibit the advertising of higher risk medical devices to the public, including class IV in-vitro diagnostic devices (those with a high public health risk). Naturopaths say this will reduce access to their tools of the trade, but it would produce an evidence-based debate about the public health risks of many of the devices they use.

TGA’s proposal 6 is also appropriate. False, misleading and socially irresponsible advertising of therapeutic goods should be prohibited, as should giving advice about serious conditions that require the diagnosis and/or management by an AHPRA-registered health care professional. This proposal may also provide the stimulus required for the complementary health care professions to get their act together to achieve registration status.

All proposals in the TGA RIS document deserve thoughtful input from medical practitioners and other stakeholders. It would be pity if their views were drowned out by a concerted campaign from naturopaths, herbalists, homeopaths and Blackmores.

Dr Ken Harvey is adjunct associate professor at the School of Public Health, La Trobe University. He has represented consumer organisations on many of the consultations mentioned above. He can be contacted via medreach.com.au

Are tighter advertising controls on therapeutic goods needed for complementary medicine practitioners? Poll closed due to "vote no" campaign