Darren Russell: Should we screen for HIV? 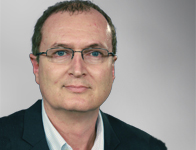 THE recently released “Screening for HIV: US Preventive Services Task Force Recommendation Statement” represents yet another bold step towards an AIDS-free generation in the US.

Together with initiatives such as making HIV testing more readily available through innovative methods and encouraging the early start of antiretroviral medication — both for the health of the individual and to prevent transmission of the virus — the Task Force recommendations have the real potential to greatly reduce the incidence of HIV in the US.

The US statement calls for clinicians to screen all adolescents and adults between the ages of 15 and 64 years for HIV. This testing can be performed with standard laboratory-based HIV tests, or with rapid HIV tests, which can be performed in the clinic or in community-based settings.

One such rapid test was approved in December 2012 by the Therapeutic Goods Administration for use in Australia and is currently used in some states and territories.

The most recent iteration of the Australian HIV Testing Policy is not as broad as the US in its recommendations for testing, although it does list a large number of contexts where testing is indicated. The question is whether the Australian policy should take on board the US recommendations and recommend screening for all adolescents and adults.

The UK HIV Testing Action Plan recommends an “opt-out” HIV test be offered to patients who use antenatal clinics, sexual health clinics, termination of pregnancy clinics, and in those with tuberculosis, hepatitis B and C, and lymphoma.

It goes further than Australia, recommending opt-out testing for all newly registered patients in general practice and all general hospital admissions in high HIV prevalence areas across the country (ie, areas with two or more HIV-diagnosed persons per 1000 people aged 15–59 years). Pilots of these recommendations showed that such testing was acceptable to patients as well as being cost-effective.

A recent article in The Economist has suggested that it is cost-effective to screen all people in India, where most HIV remains undiagnosed, and where relatively affordable generic antiretroviral medications are available.

In Australia, Victoria has the highest population rate of HIV diagnoses in the country, at 5.7 cases per 100 000 population in 2011.

Generally, diagnosis rates in Australia have been climbing over the past 10 years. Although it is hard to know what we don’t know, it is estimated that around 20% of people with HIV are unaware that they are infected.

So, should Australia follow the lead of the US and recommend HIV screening for all adolescents and adults?

This has the potential to reduce the number of people who are unaware they are infected, to enable early antiretroviral therapy to be offered, and to reduce onward transmission of HIV. It would certainly be possible to do so given Australia’s enviable primary care capabilities, in tandem with established sexual health clinics around the country.

Questions remain, however. Would such opt-out testing be acceptable to patients and, indeed, to GPs? And, of course, would it be cost-effective given Australia’s relatively low (by world standards) HIV prevalence?

Perhaps the time has come to attempt to find the answers to these questions so we can make an informed decision.

Should Australia recommend HIV screening for all adolescents and adults?

4 thoughts on “Darren Russell: Should we screen for HIV?”