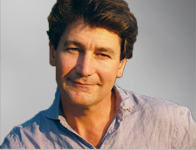 IN recent weeks the world’s leading medical journals have published articles about the overtreatment of mild hypertension, the risks of breast cancer overdiagnosis, and the lack of effectiveness and potential harms of general health checks.

As the studies of dangerous excess mount, so too does the effort to raise awareness about the problem. JAMA Internal Medicine now has a regular “Less is more” feature, the BMJ has just launched its “Too much medicine”  campaign, and professional societies in the US are running the “Choosing wisely” initiative, highlighting overused tests and treatments.

In the field of mental health few could have missed the global fight over the DSM–5 and vociferous claims it will further fuel the medicalisation of normal life.

There’s little doubt that the market-based system in the US is the epicentre of excess — where health care now comprises almost one-fifth of the entire economy — but the problem affects many nations.

With breast cancer for example, estimates based on incidence studies suggest one-third of invasive cancers diagnosed by screening mammography in NSW may be overdiagnosed — in other words, the cancer would not have gone on to harm the woman.

The probable causes of overdiagnosis and overtreatment are complex — technological change, commercial gain, professional imperialism, fears of litigation, perverse incentives and our deep cultural faith in early detection. But despite the complexity and enormity of the challenge, it’s surely time to try to work out how we can wind back the harms of too much medicine.

A group of Australian researchers are a key driving force behind the first international scientific conference on overdiagnosis to be held in the US this September. The Dartmouth Institute for Health Policy and Clinical Practice is a logical host for the Preventing Overdiagnosis conference, with its proud history of medical scepticism and impeccable credentials on the dangers of too much medicine.

Resulting from a small meeting on Queensland’s Gold Coast last year, the conference is being run in partnership with the BMJ and one of the world’s most influential consumer organisations, Consumer Reports. It will feature 90 scientific presentations on the problem and its solutions, and keynote speakers include Dr Virginia Moyer, the chair of the US Preventive Services Task Force, Dr Allen Frances, chair of the DSM IV, and Dr Barry Kramer, a senior director at the National Cancer Institute, which has made overdiagnosis one of its research priorities.

Along with the research and the conferences, the time is ripe for a lot more discussion about what can be done in the clinic and the classroom, how we can communicate the counterintuitive message that less is sometimes more, and how we can develop and evaluate effective policy responses.

The aim, after all, is not just more meetings and peer-reviewed papers, but fewer healthy infants labelled unnecessarily with gastro-oesophageal reflux disease, less distress overdiagnosed as mental illness, and fewer of our elders assailed by out-of-control polypharmacy. The less we waste on unnecessary care, the more resources there are for those in genuine need.

Along with innovations in genetics and information technology, one of the exciting areas in medicine in the 21st century will be how to wind back unnecessary excess — safely and fairly.

Ray Moynihan is a senior research fellow and PhD student at Bond University, and co-organiser of the Preventing Overdiagnosis conference being held at Dartmouth, US, 10–12 September 2013. www.preventingoverdiagnosis.net