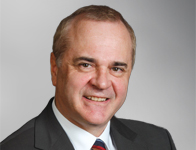 LEGISLATION proposed by the Queensland Health Minister to create a Health Ombudsman as “the lynchpin of a new and accountable complaints reporting system” represents a reactive, state-based, retrograde approach to an important issue that requires a national reform agenda.

Minister Lawrence Springborg announced dramatic changes to the administration of health complaints and notifications in Queensland earlier this year, following the tabling of two damning reports.

A three-member panel convened by Mr Springborg found that 363 of 596 files examined (about 60%) were not handled in a manner that was timely and/or appropriate and/or in compliance with legislative objectives.

The panel, headed by a former assistant commissioner of the Health Quality and Complaints Commission, Dr Kim Forrester, reported that in one case it took 2368 days — nearly 6½ years — for the responsible agencies to reach a final decision.

In recent years there have been a number of public policy decisions that have led to a plethora of failed experiments in the delivery of health care. One obvious explanation for these is that political leaders in various Australian governments have a tendency to underestimate the time, costs and risks of their decisions while at the same time overestimating the benefits.

The introduction of the Australian Health Practitioner Regulation Agency (AHPRA) has been an interesting experiment.

The Health Practitioner Regulation National Law Act 2009 was heralded as a new era in professional regulation, with 14 health professions regulated by nationally consistent legislation that would “reduce red tape, improve standards, and improve safety for the Australian community”.

However, a subsequent Senate Inquiry in 2011 revealed AHPRA was not particularly successful in delivering the desired outcomes. In fact, the Senate report was critical of a number of the agency’s failures, and suggested that these could have compromised the nation’s health services.

Unfortunately, 2 years after the Inquiry’s recommendations were made, some problems still remain. There has been limited consultation with stakeholders regarding the recommendations, particularly medical indemnity insurers.

MDA National agrees there is a “maze of confusion” and inconsistency in how complaints in Queensland have been handled, but the Minister’s description of a complaints “merry-go-round” has disadvantaged patients and doctors alike.

MDA National has observed that complaints in Queensland have not been managed in a timely, consistent or effective manner.

However, it remains doubtful whether the introduction of a Health Ombudsman would add to the efficiency of complaints handling in Queensland, given it would still operate alongside the national scheme.

Finessing the existing structure and making AHPRA and the Medical Board work in a more functional way is a better approach than introducing an entirely new mechanism.

MDA National has serious reservations about the role of Queensland’s proposed Health Ombudsman, given that the draft laws propose that someone (possibly without medical training) would have broad powers to restrict a doctor’s practice of medicine and potentially “name and shame” doctors without consideration of procedural fairness.

It is ironic that, in 2009, the Queensland Parliament was the first to pass legislation to establish the national law to regulate health practitioners, including the creation of AHPRA. AHPRA remains accountable to all state health ministers, including Queensland’s, via the Australian Health Minister’s Advisory Council, so unilateral action outside this forum is difficult to comprehend.

MDA National also advocates for greater awareness of the importance of cultural change in improving complaints handling and registration issues in Queensland. Certainly, our experience of medicolegal matters in other jurisdictions supports the observation that less adversarial models, such as the Victorian Health Services Commissioner, are perceived by complainants as being better.

AHPRA should consider greater cooperation with the medical profession to improve regulation. By focusing on the development of a culture of good faith with practitioners, as well as finding ways to cultivate greater professionalism, there will likely be greater system safety that ultimately protects the public.

Associate Professor Julian L Rait is the President of MDA National and a practising ophthalmologist.