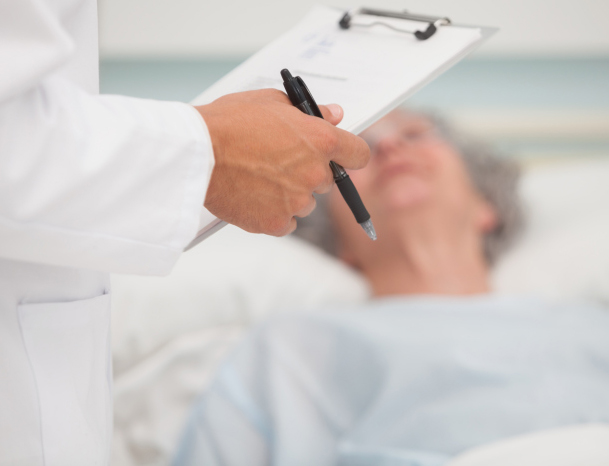 THROMBOLYSIS after acute ischaemic stroke does not affect survival 18 months after treatment but has a significant benefit on patient function and quality of life, according to the latest research published in The Lancet. (1)

However, the findings — which come in the same week as JAMA published an observational study of more than 58 000 patients linking earlier thrombolysis with improved outcomes — have failed to allay emergency physician concerns, with calls for a double-blind randomised control trial (RCT) to determine the safety and efficacy of the treatment.

In the 18-month follow-up of the third International Stroke Trial (IST-3) — an open-label, multicentre RCT involving 3035 patients — researchers found no difference in mortality between the control and treatment groups, but a statistically significant and sustained improvement in functional outcome and health-related quality of life for patients given intravenous 0.9 mg/kg alteplase within 6 hours of the onset of ischaemic stroke.

Professor Richard Lindley, professor of medicine at the University of Sydney Western Clinical School, and a coauthor of the IST-3 follow-up trial, told MJA InSight the study showed a long-term beneficial impact on health-related quality of life, which was a more encouraging outcome than the “crude” alive and independent measures shown in other trials.

“Thrombolysis is now offering a treatment that can reduce long-term disability and improve quality of life and we should embrace it wholeheartedly”, he said.

Professor Lindley said providing patient-centred perspectives on the outcomes would help doctors in discussions with patients about the “not insignificant” early risks of fatal bleeding with thrombolysis.

“If we can say to people, ‘despite this early risk, at 18 months you’ll have a better quality of life and be less disabled’, a lot of patients will say [they are] happy to take the risk”, he said.

In an accompanying commentary published in The Lancet, Professor Craig Anderson, professor of stroke management and clinical neuroscience at the George Institute for Global Health, commended the IST-3 investigators for taking a patient-centred approach to assessment of quality of life after stroke. (2)

However, Professor Simon Brown, head of the University of WA Centre for Clinical Research in Emergency Medicine, said while the IST-3 follow-up was of interest, it did not provide definitive evidence of benefit. He said the open-label study was subject to bias and patient-reported assessment of functionality, often provided in phone interviews, could also introduce error.

“There is some subjective evidence of a functional benefit but it’s just not definitive, particularly because it’s not a double-blinded study”, he said, adding that focusing on secondary outcome measures was concerning.

“When you look at thrombolysis in stroke, the only thing we know for certain — and it is undeniable in the published studies — is that if you get thrombolysis you’re more likely to die sooner. The argument is whether there is any benefit that adequately counterbalances that”, he said.

Professor Brown said the research conducted to date did provide a solid basis for a double-blind RCT. “All the studies up to now have given us some really useful information to plan a proper randomised trial and I think not to do so would be unethical.

“Unless we, as a profession, really look very carefully at the evidence and do the proper studies, we’re potentially going to be wasting a lot of money and doing more harm than good”, he said, adding that a recent article published in the BMJ questioned the validity of guidelines that supported thrombolysis in stroke. (3)

Professor Lindley said conducting another double-blind RCT would be “scientifically and ethically impossible” because the scientific stroke community had accepted the validity of the data and thrombolysis was recommended in all the major guidelines.

He said an individual patient meta-analysis of all the tissue type plasminogen activator (tPA) trialists, to be released later this year, would provide a more powerful statistical analysis. “I hope [this will] provide the definitive data to convince the sceptics.”

Last week, JAMA published an observational study of more than 58 000 patients showing that earlier thrombolytic treatment of acute ischaemic stroke was associated with reduced mortality and intracranial haemorrhage, and higher rates of independent ambulation at discharge and discharge home after stroke. (4)

Professor Christopher Levi, director of the Centre for Translational Neuroscience and Mental Health Research at Hunter Medical Research Institute in NSW, welcomed the latest research. He said the “time is brain” concept had been well established in randomised trials but it was encouraging to see a similar association between earlier treatment times and improved outcomes in this large observational study.

Professor Levi acknowledged that the improvements in outcomes demonstrated in the JAMA study — such as the ability to walk independently, returning home and surviving — while statistically significant were not dramatic. He said advances in imaging and patient selection for thrombolysis would continue to improve outcomes from the treatment.

Professor Brown said the observational study was hypothesis generating but, again, did not resolve the dilemma about whether thrombolysis was beneficial or not.

“A patient who presents later is likely to do worse, whatever the treatment. This is because later presenting patients are more likely to be older and to have diabetes and previous strokes”, he said.