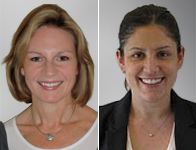 HAND hygiene is the simplest, most effective method for reducing hospital-associated infections in patients.

Yet hand hygiene (HH) programs in Australia and around the world consistently report doctors have the lowest compliance of all professional groups.

This is nothing new — in 1840, Ignaz Semmelweiss provided evidence that HH reduced maternal mortality, yet he failed to convince his colleagues of the benefits of HH or to adopt the practice.

Why are doctors resistant to HH? Studies have shown that being male, being a doctor and working in a high workload area often means they are less likely to clean their hands. Doctors have been quoted as saying they are too busy to perform the task, which may be required hundreds of times a day for a worker with significant patient contact.

We sent an online survey to the hospital email addresses of doctors within our health service in Melbourne. Questions included willingness to remind other doctors to perform HH, reasons for not speaking up, perceived reaction of doctors to being reminded, the doctors’ own perceived reaction to being asked, and doctors’ beliefs about the importance of HH and their role in preventing hospital-acquired infection (HAI).

We found that 98% regarded HH as important or very important and 79% believed they had a large or very large role to play in preventing HAI.

The main anticipated reaction of the doctor being asked to perform HH also differed according to the seniority of the doctor. For registrars and consultants, the anticipated reaction of irritation was 28% and 40% respectively, yet when these doctors commented on what their own reaction would be only 2% of registrars and 5% of consultants said they would be irritated while 55% and 52% said they would be surprised or thankful.

Our study highlights the steep medical hierarchy that exists among medical staff and a reluctance to challenge behaviour.

The aviation industry has identified communication breakdown as paramount in error. Analysis of black box recordings demonstrated most plane crashes were not the result of a single pilot error but a series of miscommunications.

As a consequence, Crew Resource Management (CRM) training is mandatory and has resulted in widespread culture change. The principle behind CRM is that any member of the team — regardless of seniority — can speak up if they notice an irregularity occurring.

CRM training has been adopted by other industries with a strong hierarchical structure (firefighters, defence forces) but is not widely applied in medicine.

In our study, doctors indicated they were embarrassed to question colleagues.

“Social power” is defined as the power that a person has in society and among peers and it is recognised as an important determinant of compliance in infection control.

Within hospitals, social power commonly lies with senior staff and the “power” they hold over junior staff engenders emotions such as embarrassment in the face of challenge.

In order to transform behaviour we need to improve communication skills. Empowerment to challenge may involve teaching strategies for delivering sensitive information.

HH represents a platform for future research to examine techniques to empower medical staff to speak up and to encourage each other to facilitate open communication.

Are you willing to tell senior doctors to wash their hands?