Michele Bardin: The power of hope 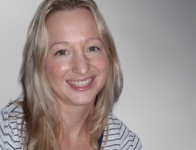 WHEN we enter medicine we have romanticised ideals of curing every ailment, and sending patients home happy, healthy and supported.

It’s during our formative years as a doctor that we will sometimes experience the futility of medicine and the frustration at being able to do little or nothing for our patients.

These patients’ names may disappear in the bustle of busy life, but their stories and faces stay with you.

I met Mr K during a surgical rotation. He was in his early forties, with two small children and a loving wife, and a large extended family. He was a delightful patient — upbeat and positive, friendly and talkative — despite his recent diagnosis of pancreatic cancer.

He stayed at the hospital for quite some time and became one of our favourites.

The clinical team explored different possibilities for treatments and different avenues to extend his life, but ultimately there was nothing we could do medically or surgically to remove the cancer or prohibit its advancement and spread.

I was present when the surgical fellow broke this news to him. It would have been a hard conversation for both of them, but the way Mr K took the news was a reflection of how he had lived his life — honestly and bravely. He cried openly, but he was not angry and resentful at the world, just filled with sorrow.

I felt angry and powerless at the time. I asked the surgeon what can be said to someone who faces imminent death, leaving behind small children and a family. “People always need something to hope for. If you lose your hope then you have nothing”, he told me. He was right.

At the beginning of a disease patients will hope for resolution, cure. But as disease advances they will hope, for example, in cancer, that it doesn’t spread. When there is poor prognosis and imminent death is inevitable they may hope, for example, to see their daughter get married, or their grandchild’s 2nd birthday. Nearly all hope that their last days will be calm and pain free and that they will die a peaceful death surrounded by family or somebody who cares.

So the focus of hope must shift as the disease state advances.

I now understand that the worst thing you can say to a patient is “we can do nothing more for you”, as you deprive them of hope for the future.

Another patient, Mr B, was 51 years old and had been diagnosed with Huntington’s disease 5 years earlier. Previously a high-functioning insurance broker, with a family and teenage sons, he now lived in a share house and had been dependent on alcohol since his diagnosis.

He was seen after a fall and with confusion. Although all brain scans had been normal, we thought it best to admit him to improve his social circumstances, alcohol misuse and other issues.

He told me he had not seen either of his sons in 3 years. When I asked him to show me his teeth he laughed. “I’ve spent so much money on my teeth in the past”, he said through his partially toothless smile. “And what for? Nothing will change, it’s all useless. Even coming into hospital is useless for me.”

I wondered if, faced with a deteriorating neurological system, depression and dementia in my mid-forties, I too would be driven to drink to numb this realisation, and I was overcome with pity for him.

I struggled to respond in any meaningful way to his statement, as on some level I agreed with him, and understood what he was saying. This man evidently had lost all hope for his future.

During training we gain a vast amount of clinical and theoretical knowledge — we know how to take histories from patients and how to examine them, what investigations to do and what medications to prescribe. These concepts are drilled into us over and over again.

Yet, it is the therapeutic relationship and how we interact with our patients that allows us to understand an individual patient’s narrative — to conceptualise the disease process within their social and cultural identities and their every day.

For each patient there must be something that we can give them to hope for. Perhaps as doctors that is our greatest challenge, but also our greatest privilege.

Dr Michele Bardin is a resident with Austin Health in Melbourne.

11 thoughts on “Michele Bardin: The power of hope”