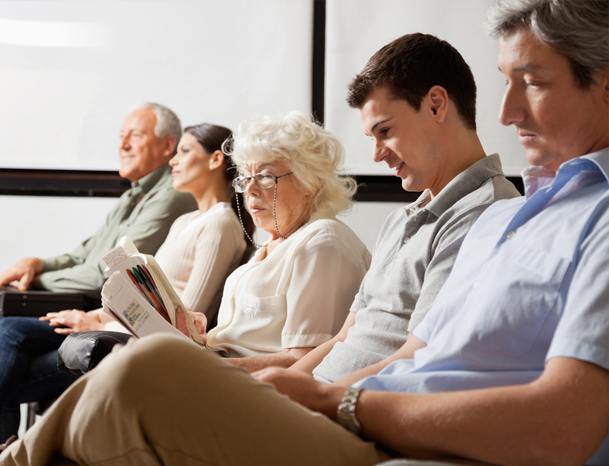 GP patients not an ED problem

GENERAL practice clinics co-located with hospital emergency departments and other strategies aimed at making patients avoid hospitals are a waste of time and money, says a leading Australian emergency physician.

Dr Michael Golding, director of emergency services at the Prince of Wales Hospital in Sydney, told MJA InSight co-located clinics were “a con”.

“If you have an acute problem, which are you going to choose — a 24-hour GP clinic which may or may not be well-resourced, with a doctor you don’t know, or a very well resourced emergency department?

“I would be amazed if you could find one person who would choose the GP clinic”, Dr Golding said.

His comments follow publication of research in the latest MJA which set out to estimate the proportion of patients presenting to emergency departments (EDs) who might have been better suited to be seen in general practice. (1)

The research, by a team of emergency physicians from WA, NSW and Victoria, used data from the Emergency Department Information Systems for 2009–2011 at three Perth tertiary hospitals to compare four methods for calculating GP-type patients — one developed by Dr Peter Sprivulis, one by the Australasian College for Emergency Medicine (ACEM), a discharge diagnosis developed by the Tasmanian Department of Human and Health Services, and the method used by the Australian Institute of Health and Welfare (AIHW).

The research authors found this to be an overestimation due to its use of the Australian Triage Scale, which they described as “an urgency rather than a complexity scale”. They recommended the AIHW method no longer be used to estimate the number of GP-type patients presenting to EDs.

An editorial in the same issue of the MJA challenged the distinction between “general practice patients” and ED patients, saying “there are just patients, who need medical care”. (3)

Dr Golding agreed, saying “this is about identifying a divergence in how emergency medicine regards itself”.

“Emergency physicians and GPs are at opposite ends of the same continuum, and there is an enormous overlap in the middle of patients who can be treated by both groups”, he said.

Associate Professor Patrick Bolton, of the department of public health and community medicine at the University of NSW, said that the issue of the “burden” of GP patients on EDs was “a furphy”.

“In Australia, you’d have to have been living under a rock not be aware that if they go to an ED there is a risk that they will have to wait to be seen”, he said. “Patients are making a decision to go to the ED for a variety of good reasons — financial, geographic, 24-hour access, resources.

“The second point is that, from an ED perspective, the less serious patients will be treated at marginal cost and will be fitted around the more urgent cases. If they have to have an x-ray, for example, then the allocated cost might be $100 but the marginal cost is next to nothing.”

“We’ve tried all these things for stopping people from coming to emergency departments”, he said. “They don’t work. As we get better at providing service the question of waiting times will disappear.

“So, what’s wrong with coming to the ED?”

“The majority of directors of emergency medicine disagreed or strongly disagreed with the statements that low-acuity GP-type patients contribute substantially to the workload, are a significant contributing factor to ED overcrowding or that they are a significant resource burden”, the report said.

15 thoughts on “GP patients not an ED problem”