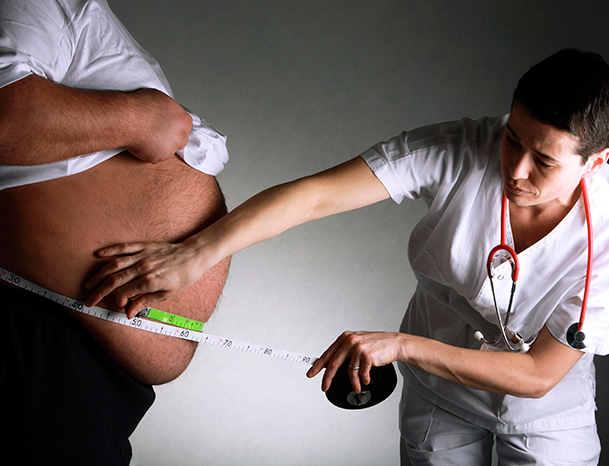 Save surgery for severely obese

AUSTRALIA needs to start providing bariatric surgery to severely obese people with diabetes before considering the appropriateness of offering surgery to patients with mild-to-moderate obesity, according to an expert in obesity research.

Professor John Dixon, head of clinical obesity research at Baker IDI Heart and Diabetes Institute, said Australia provided very little bariatric surgery to patients with diabetes who had a body mass index (BMI) over 40 kg/m2, despite recommendations by the International Diabetes Federation that bariatric surgery be a priority for such patients in whom medical management had not been successful. (1)

He said this group of patients was being “completely neglected”, particularly those in lower socioeconomic groups who were at higher risk of obesity and diabetes and were unable to afford private health insurance.

Professor Dixon was commenting after a US randomised clinical trial (RCT) and a systematic review found that bariatric surgery could also be beneficial for patients with a BMI between 30 and 35 kg/m2. (2), (3)

The 12-month clinical trial of 120 patients, published in the Journal of the American Medical Association, found that adding Roux-en-Y gastric bypass to lifestyle and medical management was associated with lower blood pressure and lower HbA1c and cholesterol levels.

Surgical patients also lost 26.1% of their initial body weight compared with 7.9% weight loss in the lifestyle and medical management group.

A systematic review, also published in JAMA, found that bariatric surgery in diabetes patients with a BMI of 30–35 kg/m2 was associated with greater short-term weight loss and better intermediate glucose control. However, an accompanying editorial said surgery was not necessarily the answer in these patients. (4)

“Bariatric surgery does result in substantial weight loss with excellent diabetes control but is offset by initial high cost and risks of surgical complications”, the author wrote.

The author also said the frequency and severity of complications in the RCT, particularly the devastating complication of an anoxic brain injury experienced by one patient, was problematic.

Professor Dixon said it was important to consider the risks and benefits in this group.

Professor Dixon said it was crucial to consider more effective treatments for patients with diabetes in these lower weight ranges because many patients fell into this category.

According to a soon-to-be published cross-sectional survey of almost 2000 patients with type 2 diabetes (the MILES study), conducted by Deakin University and Diabetes Australia, the average BMI was 32 kg/m2.

Associate Professor Wendy Brown, director of Monash University’s Centre for Obesity Research and Education, agreed that more needed to be done to determine the risk–benefit ratio of offering bariatric surgery to these patients.

“At the moment we don’t really know enough about the potential for future disease and the outcomes of diabetes in these lower BMI patients”, Professor Brown said.

She said there was a school of thought that diabetes could be more severe in patients who developed the disease at a lower BMI, and the generally lower surgical risks in lighter patients may mean that the risk–benefit ratio comes out in favour of surgery.

She said complications were still an issue, however.

Professor Brown said lap-band surgery was lower risk and reversible, so may be a better option for these patients.

Professor Joseph Proietto, who is Sir Edward Dunlop Professor of Medicine and head of the Metabolic Disorders Research Group at the University of Melbourne, said continual improvements in medical diabetes treatments meant that, at this stage, it was unnecessary to offer invasive procedures such as Roux-en-Y gastric bypass to diabetes patients with mild-to-moderate obesity.

“We are getting better and better at treating diabetes without such surgery”, he told MJA InSight.

“We have, for example, the [glucagon-like peptide-1] range of drugs that have come on line now — some of which cause mild weight loss.

“We will soon have renal glycosuric agents that also don’t cause weight gain and cause mild weight loss. We are beginning to understand obesity more and we will be getting better at treating obesity medically”, Professor Proietto said.

He said bariatric surgery was an option for people with diabetes and high BMIs, however.

“In people who are massively obese, that’s a different question. Not only do they have diabetes, but they have multiple other comorbidities that would be helped by substantial weight loss”, he said.

4 thoughts on “Save surgery for severely obese”