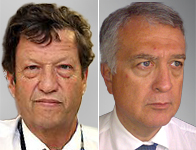 OXYCODONE is an effective analgesic and its use has increased substantially in the past 10 years. However, the well documented increase in adverse effects in parallel with increased usage is a cause of concern for doctors and legislators.

That concern resulted in the mayor of New York imposing limits on prescribing of oxycodone by doctors in hospital emergency departments (EDs) in an attempt to reduce its misuse, which is seen as a major social problem.

The adverse effects of oxycodone relate to its opioid effects and include addiction (“Hillbilly heroin”), non-therapeutic misuse, respiratory depression and death in overdose.

Opioids are the prescription drug class most commonly used for non-medical purposes. Australia is currently ranked 10th highest for use of opioid medications and third highest internationally for oxycodone consumption. The misuse of prescription and over-the-counter medications is increasing in Australia. While opioid prescriptions doubled between 2000 and 2011, prescriptions of oxycodone increased sevenfold.

The total number of prescriptions for oxycodone has increased significantly. In 2000 very little OxyContin was prescribed in Australia; 5 years later it was one of the most commonly prescribed opioids for chronic pain.

OxyContin is prepared as an 80 mg slow-release tablet and this slow-release mechanism is easily circumvented by crushing the tablet. This large dose of oxycodone may be driving the increase in ED presentations by enticing more people to misuse and by increasing the likelihood of overdoses with the higher doses.

The increase in ED oxycodone-related presentations raises questions about its safety as well as prescribing policy. It is clear that oxycodone is an effective analgesic for severe self-limiting pain and, when it is prescribed in this circumstance, the potential for misuse is limited.

However, oxycodone is fast becoming the prescription drug of choice for chronic and subacute pain, where the potential for addiction and misuse is higher. Other commonly used analgesics such as paracetamol, non-steroidals and codeine formulations are less effective than oxycodone and all have adverse effects.

It is therefore difficult to recommend curtailing prescribing of oxycodone when there is a genuine need for analgesia and there is not an alternative that is safer and/or more effective.

As a profession we have an obligation to treat pain safely and effectively. We can see the benefits of oxycodone for analgesia but we are also aware of its adverse effects and the potential for misuse.

We believe the profession is also obliged to formulate safe prescribing guidelines for oxycodone which will minimise its misuse while guaranteeing patients with severe pain its benefits.

Hospital doctors in New York were incensed earlier this year when the mayor restricted prescribing of slow-release oxycodone and limited their prescriptions of standard oxycodone to 3 days’ supply. In Australia we have the opportunity to formulate safe usage practices before it is done for us.

The authors acknowledge John Brennan and Madison Reynolds, medical students at the University of NSW, who contributed significantly to the St Vincent’s research as part of their independent learning projects in 2012.