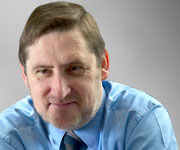 NOT many years ago, doctors and lawyers regularly went to court over medicolegal matters.

Now, experienced lawyers speak about the vanishing court hearing in much the same way experienced doctors might talk about disappearing anatomy courses in medical schools.

Has there really been a change in the number of court hearings, or are these comments equivalent to the Monty Python’s Four Yorkshiremen, with the changes being increasingly exaggerated as time goes by?

Published research, even in the US with its reputed fondness for litigation, suggests that the civil trial is indeed vanishing.

Last year in the Yale Law Journal Professor John Langbein detailed research showing that since the 1930s, the proportion of US civil cases concluded at trial has declined from about 20% to below 2% in the federal courts and below 1% in state courts. A huge reduction.

Medical indemnity litigation data suggest a similar position in Australia. The Australian Institute of Health and Welfare September 2012 report on medical indemnity indicates that of the 3250 closed claims in the year covered, only 3% were finalised through a court decision. The other 97% were either abandoned or settled, in about equal measure.

Governments intent on reducing costs have at times replaced court hearings with cheaper and quicker processes, such as arbitrations and “paper” determinations rather than oral evidence in court. Even in criminal matters, the availability of a reduced jail term for an early guilty plea provides an incentive to reduce the number of court hearings.

But if the court hearing remains the key method of dispute resolution, why would there be fewer hearings?

Pretrial processes, case management, improvements in early collection of data, expert opinions and evidentiary statements all help to narrow the issues well before a final hearing. The chances of earlier settlement are increased.

Even for disputes that end up in court, changes to the way evidence is provided, with more written reports, statements and expert evidence given jointly, permit shorter hearings.

In Australia this has been particularly successful in the medical litigation area, mostly through the use of settlement conferences with an independent facilitator.

However, not all court hearings can be avoided. Sometimes a court needs to determine a new legal issue.

Courts have a protective role, such as approving treatment for patients without capacity to make their own decisions. Should a doctor provide blood products to a child whose parents object for religious reasons? Should ventilation be prolonged at the end of life?

These are matters that can have implications for many in the community and may still require a formal court hearing process. Rather than a settlement or arbitration, the process enables issues to be carefully considered in the open, transparent and accountable method which the court system provides.