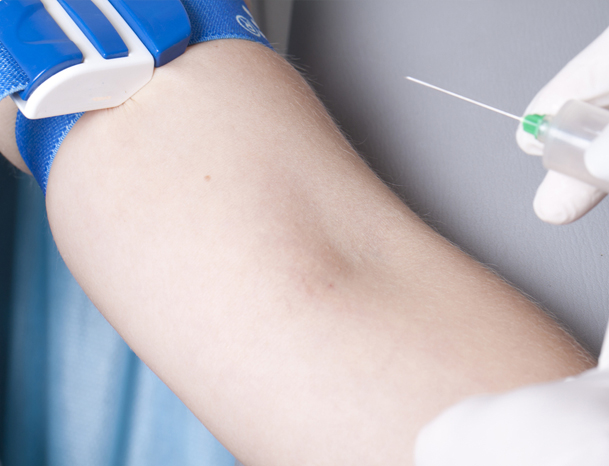 TENSION between the use of recommendations from learned societies and the realities of frontline clinical diagnosis and treatment of women with severe iron deficiency anaemia has been highlighted in the latest MJA.

In an anonymous Perspectives article, the father of a young woman with severe iron deficiency anaemia (IDA) called on the Gastroenterological Society of Australia (GESA) to review its professional recommendations after his daughter died of colorectal cancer (CRC). (1)

Representatives of GESA responded, saying while it was important to make an early diagnosis in CRC it had to be weighed against the risk of overinvestigating young women with iron deficiency. (2)

The woman was 22 years old when she first presented to her GP with fatigue and general malaise. She had severe IDA (haemoglobin of 61 g/L) and was prescribed iron supplements over 6 months, with minor improvement.

A gastroscopy then found no sign of coeliac disease and she returned to her GP for further iron supplementation.

Eleven months later a lump in her lower abdomen was investigated via colonoscopy and colectomy, which revealed a caecal cancer that had spread to her lymph nodes and liver. She died of metastatic colon cancer at age 29 years.

Leading gastroenterologist Professor Terry Bolin, of the Gastrointestinal and Liver Clinic in Sydney, told MJA InSight the case highlighted that interpretation and specificity of IDA guidelines were crucial.

“We all know you can get bowel cancer at a young age”, he said. “You can’t apply screening principles to individualised situations.”

In his article her father wrote that before his daughter’s diagnosis she saw several GPs, a gastroenterologist and later a general physician, “none of whom recognised that she was suffering from colon cancer”.

The current GESA iron deficiency recommendations advise a colonoscopy for asymptomatic women only if they are over 50 years of age, but for all age groups if they have bowel symptoms. (3)

“I believe that [GESA] should review the professional guidelines … in this regard”, the patient’s father wrote. “[They] clearly need much greater specificity, and where exceptionally low initial haemoglobin readings apply, both endoscopy and colonoscopy should be performed immediately [in all age groups].”

Professor Bolin said the GESA recommendations were open to interpretation.

“You can’t treat someone with a severely low haemoglobin count, who is neither menorrhagic nor vegan, for [a long period of time] with little improvement and not send them for a colonoscopy”, he said.

In their reply to the patient’s father, the GESA acknowledged that given the woman had persisting IDA despite iron supplementation, she would have fallen within their “recommendations for further diagnostic investigation”.

However, they said IDA was common and CRC was rare in young women, and that the recommendations were written in that context.

“While it is important to make an accurate and early diagnosis of CRC, it is also important to avoid overinvestigating young women with iron deficiency who have a more likely cause such as menstrual loss and/or inadequate diet and who respond appropriately to iron replacement and gynaecological treatment”, the authors wrote.

Professor Martin Tattersall, from the department of cancer medicine at the University of Sydney, expressed reservations about the response from the GESA.

“I think they deflected the issue to the investigation of IDA rather than investigating a young woman with a haemoglobin count way outside the mean they describe for her age group”, Professor Tattersall told MJA InSight.

“We’re not talking about screening asymptomatic people here. Saying that iron deficiency is common is fine. But that is not the same thing as anaemia levels of 61 g/L; not by a long way.”

Professor Graeme Young, from Flinders University’s Centre for Innovation in Cancer in Adelaide, said he did not feel the problem was with the GESA recommendations themselves.

“The problem is in the implementation of guidelines”, he told MJA InSight. “Guidelines are essential, they’re constructed by experts and careful attention is paid to the hard evidence. But guidelines without proper implementation don’t necessarily always lead to the right outcomes.”