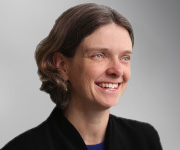 KEEDEN Waller was born on 10 August 2000. He was conceived by in vitro fertilisation, but inherited an antithrombin deficiency from his father.

Within days of his birth, Keeden suffered an extensive cerebral sinovenous thrombosis (CSVT) leaving him disabled.

Two legal cases, based mainly on the parents’ claim they would not have had gone ahead with IVF if they had known Keeden might inherit the condition, have unsuccessfully attempted to obtain compensation for Keeden’s disabilities — a “wrongful life” case where Keeden sought damages, and a “wrongful birth” case where his parents sought the cost of having raised him.

The lengthy and costly legal battles must have taken an immense toll, both emotionally and financially, on the Waller family, with hopes of receiving compensation for Keeden being raised, and dashed, many times over more than 10 years.

In 2011, a Productivity Commission report into long-term disability care and support found that the existing fault-based insurance arrangements for catastrophic injury did not meet people’s care costs “efficiently”, proposing instead what we now know as the National Disability Insurance Scheme (NDIS) and a National Injury Insurance Scheme (NIIS).

The NDIS is due to commence at various launch sites from 1 July this year.

No one with compassion could argue against the objectives of the NDIS. However, the tragedy is that families like the Wallers struggling with the care of a disabled child may still have to bring court proceedings.

The court found in Keeden’s case that the CSVT that caused his disability was not related to the antithrombin deficiency, meaning his parents were not entitled to compensation. All their efforts to obtain compensation came to nothing, leaving the Waller family with potentially enormous legal bills.

But, under the NDIS, would Keeden and his family immediately get support or would they still have to go through the trauma of taking legal action? The sad answer is that legal action may still be necessary.

Under the National Disability Insurance Scheme Act 2013 (chapter 5), a current or prospective participant in the NDIS may be required to start legal action to obtain compensation. The threshold is that the chief executive officer of the NDIS Agency must be satisfied that there are “reasonable prospects of success” of claiming compensation.

Under this test, the NDIS chief executive needs only to be satisfied that there is a “fairly arguable” case for compensation.

The NDIS legislation does not specify what “action” might be required by the chief executive, apart from that it must be “reasonable to enable the person to claim or obtain the compensation”.

Does this involve merely sending a letter of demand to the proposed compensation payer putting them on notice of a potential claim? Does it mean commencing formal proceedings? Or does it mean pursuing a matter through to a settlement or judgment, or even exhausting all appeal rights?

The lack of guidance in the legislation is not inconsequential. Any support plan under the NDIS for a prospective participant does not come into effect until the required action is taken.

The legislation does allow the chief executive to take action on behalf of a current or prospective participant, or to take over the conduct of any existing compensation claim. In such a case the NDIS Agency becomes liable to pay all the costs of running the claim. Sounds promising.

The compensation recovery provisions have been designed to sit behind the current litigation-based system for obtaining compensation, which could in practice defeat the very purpose of establishing a “no fault” scheme for those living with disability.

Avant has on many occasions expressed its public support for the introduction of the NDIS. However, under the current legislation, the scheme may not relieve the financial and emotional burden on some families living with disability.

Avant has urged the government to build an NDIS that is easy to get into and promotes front-line recovery support to those in need — not a safety net in case the litigation process brings no comfort.

More clarity is needed to ensure that the scheme truly enhances the rights of people with disabilities to appropriate care and support.