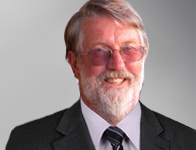 “There is no art without science and no science without art.”

WE might not have expressed it so eloquently and it may not be a direct quote, but this articulates the sentiment that many of us felt when we started in medicine — when it was new and exciting.

Fast forward to today, and our waistlines are spreading, hair is greying and resident doctors are younger than our children. And what happened to the art of medicine?

For me, the art has been lost in the rush to high-tech everything, along with a deluge of acronyms.

It all sounds like I am a pre-TURP Luddite, but I largely blame the loss of the art on the interface of the computer in clinical care.

The arrival of the computer in medicine achieved a remarkable change — instant results from pathology and radiology, an expanding library at your fingertips, scripts printed, drug interactions exposed and legible medical records.

But what has been the cost? From my observations, the cost includes the inability of many junior doctors to take a decent history, do a physical examination and effectively communicate with patients.

Coupled with this is an obsession that has developed to chase down every biochemical abnormality that often leads to astronomic overservicing.

The “Choosing Wisely” campaign in the US has released a list of some of the unnecessary things we feel compelled to do. For most items on the list there is little evidence to support their use, such as routine laboratory tests or annual electrocardiograms.

Most can be avoided by simple common sense, good communication and real patient contact.

So how did it come to this and who is to blame? Well, the blame is largely with the current herd of medical dinosaurs.

We — the medical community’s elders — need to set the example and communicate the art of medicine to the younger members of the profession. We need to emphasise the therapeutic value of patient trust and longitudinal care.

We dinosaurs should encourage young doctors not to rely on iPads (which I initially thought must be a feminine hygiene product) and apps for answers. We should show them how patient contact can begin with the end-of-the-bed-ogram and move to the physical examination.

Then, if we must, we can order scans or serum tests and hope for a clever answer. We can show how to use these tools judiciously as part of our art, rather than allowing them to drive the diagnostic process. Maybe it will reveal some rare and exotic syndrome. We can then blame the GP for missing it and impress the registrar.

I have also observed that the least favourite areas of practice for younger doctors are the beginning and the end of life. Try asking them to do obstetrics or palliative care.

These are the times that the human state is at its most vulnerable and most valuable. We learn most about the human condition at these times in our patients’ lives, yet they don’t obey the computer models.

Until the computer revolution arrived, talk of stress and burnout in medicine barely existed. Computers epitomise quick turnover medicine, not the continuum-of-care model.

Burnout is a close relative of the lack of personal relationships with others, the attempt to live in an economy not a society, and the “I can’t get no satisfaction” generation.

The medical dinosaurs can teach new doctors a great deal about the art of medicine — particularly that nature, time and patience are the three great healers.

Dr Ross Wilson is a GP in Bathurst, a GP educator and was named the Royal Australian College of General Practitioners’ GP of the Year in 2003. He is currently chairman of the RACGP’s Rural Education Committee.