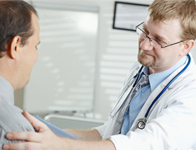 LAWS protecting open disclosure by doctors are not only necessary, they should be made nationally consistent, says a medicolegal expert after an article in the MJA labelled the laws as unnecessary and a “misguided strategy”.

Dr John Arranga, head of claims (Victoria and Tasmania) for Avant Mutual Group, said that without the laws, concern among the medical profession about the medicolegal consequences of reporting adverse events could inhibit reporting.

In a Perspectives article in the MJA, the authors said open disclosure laws did little to close the large “disclosure gap” between expected and actual practice. They said the laws operated on “ethically shaky grounds” and risked “diminishing the value of apologies and fuelling public criticism towards the medical profession”. (1)

The authors explained that all Australian states and territories had apology laws to protect apologies given after an incident from being used in various legal processes. “These laws generally protect only expressions of regret but not admissions of fault, with five laws explicitly excluding admissions of fault, and a sixth doing so implicitly”, they wrote.

“Professionals do not need legal protection for expressing sympathy or regret [after a patient has experienced a tragic outcome]; this simply reflects the professional’s feelings and does not prove any of the elements of negligence.

“Indeed, making such expressions inadmissible may paradoxically make matters worse — professionals who offer a sincere apology generally receive more positive [medicolegal] outcomes than those who do not”, the authors wrote.

They said even when a professional had admitted making an error, this alone would not be insufficient to prove negligence.

Dr Arranga said state-based variations in the laws might hinder their effectiveness and called for national harmonisation.

“We have a national approach to open disclosure and therefore it’s appropriate to have the same rules across the country so that clinicians working in more than one place don’t have to have a different set of guidelines in their head about how they approach open disclosure”, he said.

Dr Arranga agreed that a disclosure gap remained and that fears of medicolegal consequences — whether or not they were valid — were a barrier to clinicians participating in open disclosure discussions. However, he said these were separate issues.

“… the issue of the protection given to admissions in open disclosure discussions is more specifically related to the anxiety of clinicians about participating in those discussions”, he said.

AMA president Dr Steve Hambleton said the laws might be unnecessary now, but they were necessary when they were introduced in the aftermath of the 1999–2002 indemnity crisis.

While Dr Hambleton said the profession had moved on since the laws were introduced and there was increasing focus on transparency across the board — from relationships with industry to disclosure of errors — he added that it was not time to unwind the laws. “It is time to add to them with other strategies to continue the move down the disclosure pathway.

“If [the laws] are redundant, so be it. They continue to encourage and make people feel safer that expressions of regret are appropriate in that circumstance”, he said.

However, Dr David Smith, a GP and conjoint senior lecturer at the University of Newcastle, said it was not possible to legislate for good behaviour.

“Making an expression of sorrow a legal requirement … would certainly run the risk of undermining its sincerity”, said Dr Smith, who is a consultant in clinical and corporate ethics.

He said it was also important not to confuse apologies with expressions of sorrow. “An apology is, I think by definition, an admission of guilt.”

“One of the powerful drivers of behavioural change is measure and feedback.” If doctors recognised and reported near misses or unwarranted clinical variations, it assisted in minimising unwanted outcomes, he said.