Andrew Georgiou: Can you work with IT? 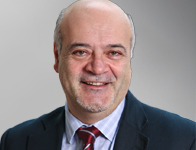 DESPITE the zeal with which electronic systems are being rolled out in health care, there’s still scant evidence of their benefit in the real world of our busy and chaotic wards.

That’s not to say we don’t believe technology has a valuable contribution to make. In fact, I was involved in recent research that showed clinicians using electronic information technology (IT) systems in emergency departments find they enable faster and better-informed decision making, hopefully leading to improved patient outcomes.

But the problem remains that electronic systems are being introduced without a clear picture of how they impact on often entrenched work practices and staff interactions.

At issue is not the technology itself, or its undeniable potential to improve health care processes — it’s the social issue of how people work and, in turn, how that affects patient care.

One of the main concerns voiced by doctors when a new IT system is introduced is that it just means more work for them. Whose job is it to enter data into the system, which is essentially a clerical role? Will this data entry place more demands on doctors’ valuable time, and will it detract from the time they spend with their patients? And who will benefit from electronic clinical documentation?

Even if clinicians can appreciate their potential benefits, many find these systems hard to use. They worry that their introduction will lead to the duplication of tasks, requiring them to enter data into both a computer and an existing paper record system. They are also worried that the technology is changing familiar workflow patterns.

For example, a study conducted in the emergency department (ED) of a community hospital in the US found that using computerised decision support to evaluate suspected pulmonary embolism resulted in a 4.4% increase in the rate of computed tomography (CT) angiography. However, doctors did not like the system — they said it meant they spent too much time on the computer — and eventually the decision-support system was removed.

Our research serves to allay at least some of clinicians’ most common fears. In what we believe to be the first systematic review of the English-language literature presenting quantitative data on the effect of computerised provider order entry in EDs, we have shown that the electronic systems did not decrease time spent with patients.

While nurses spent up to 16.2% and physicians 11.3% more time on computers, this was time taken from non-patient activities.

Surprisingly, of the few studies that have been conducted into health IT in emergency departments — just 22 worldwide, all of them since 2006 — none have considered the systems’ effect on clinical work processes.

IT systems potentially disrupt workflows and practices across the entire hospital. These systems need to be evaluated in terms of their usability and their unintended consequences to people’s work patterns.

In addition, there has been little work to address the cost-effectiveness of these systems, despite the millions of dollars being spent by health departments internationally to install them.

One of the problems with evaluating IT is that people tend to measure performance in the same way as they have always measured it in the past. We need better, more patient-centred ways of judging its impact.

For a correct evaluation of the impact of electronic systems, we need to take a step back and understand how IT affects the complex interactions between all the players within the ward and across the hospital, and whether the net gain is positive.

If clinicians perceive that an electronic system is making more work for them without delivering quantifiable benefits, then they will be slow to engage with it and the system is not likely to succeed.

A system’s usability and functionality for clinicians is as vital to its chances of success as its technological prowess.

Associate Professor Andrew Georgiou is with the Centre for Health Systems and Safety Research (CHSSR), Australian Institute of Health Innovation, University of NSW.

3 thoughts on “Andrew Georgiou: Can you work with IT?”