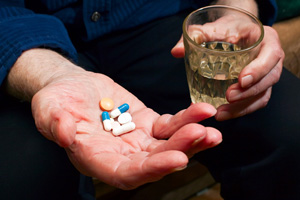 A STRAIGHTFORWARD answer for patients about stroke prevention in atrial fibrillation is no closer as debate comparing the new anticoagulant dabigatran with warfarin continues.

For the third time since 2011, dabigatran has been recommended for Pharmaceutical Benefits Scheme (PBS) listing for first-line stroke prevention therapy in patients with non-valvular atrial fibrillation (AF), despite continued conjecture about the drug’s safety, efficacy and marketing.

It was recommended for PBS funding in March 2011, before the federal government set up the Review of Anticoagulation Therapies in Atrial Fibrillation on 30 September, 2011. (1)

Since then, it has been given Pharmaceutical Benefits Advisory Committee (PBAC) approval in July 2012 and again last month.

Two articles in the latest issue of the MJA take different views on dabigatran. (2) (3)

The first raises concerns about the Randomized Evaluation of Long-Term Anticoagulation Therapy (RE-LY) trial, including selection bias, co-interventions, adverse events, generalisability, and the importance of patient selection, plus lack of reversibility in overdose. (4)

The authors were also critical of the drug’s maker, Boehringer Ingelheim for its aggressive marketing, which targeted GPs.

“The tale of dabigatran sounds some cautionary notes about proper critical appraisal of new randomised controlled trials, care in deciding on the generalisability of results, judicious screening of patients and lessons about the politics around increasingly lucrative drugs”, the authors wrote.

“Regulators have approved dabigatran in more than 75 countries, including Australia, and guidelines suggest the new oral anticoagulants are preferable to warfarin for most patients with non-valvular AF”, the authors wrote.

Dr Evan Ackermann, chair of the Royal Australian College of General Practitioners National Standing Committee on Quality, said he had concerns about the way Boehringer Ingelheim may have influenced the approval system.

“They organised the trial, ran it, interpreted it and after one approval from the PBAC, they targeted GPs and suddenly there were 20 000 Australians on dabigatran”, Dr Ackermann told MJA InSight.

“The product familiarisation program [PFP] for dabigatran was introduced when there were still a lot of questions about safety”, he said. “It was inappropriate and we said so.”

Dr Ackermann said although many safety issues had been appropriately resolved, there were still concerns about dabigatran’s place in AF therapy. “Is it a first-line therapy or second? These questions haven’t been resolved.”

Dr Rob Creek, medical director for Boehringer Ingelheim in Australia, said the government’s review of anticoagulation found that only 40%–60% of AF patients who are appropriate for anticoagulation therapy actually received warfarin.

“The dabigatran PFP was undertaken in response to this defined clinical need and met the requirements of both the Medicines Australia Code of Conduct and Commonwealth legislation”, he said.

The government’s reluctance to act on the PBAC recommendation may have set a dangerous precedent, says the doctor who was national coordinator of the RE-LY trial.

Associate Professor John Amerena, of the department of medicine at Deakin University, said the drug had now been in front of the PBAC three times and had been recommended three times. “Again it will be down to the Health Minister’s discretion as to whether dabigatran is funded.”

The PBAC has predicted that the cost to the PBS from dabigatran would be “greater than $100 million in Year 5”, with more than 200 000 patients a year expected to take the drug. (5)

“The whole process has been politicised, which sets a precedent”, Professor Amerena said.

Professor Amerena said both MJA papers presented valid points but that “the truth probably lies somewhere in between”.

A spokesman for Minister for Health Tanya Plibersek said the PBAC outcomes would be published on the PBS website on 26 April.

He said the TGA has issued safety alerts for dabigatran advising caution when prescribing for some patients, particularly the elderly and those with reduced kidney function. (6)