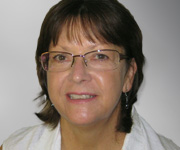 IS communication a skill that can be learned, or is it an art in which only some people excel?

It’s a question that can be perplexing — particularly when it comes to doctor–patient communication. Why do some doctors find it so easy to communicate with patients, while others leave you wondering why they didn’t choose a non-clinical career?

After more than 20 years of communicating with doctors on a professional basis in medical publishing, that perplexing aspect of doctor–patient communication became quite stark during my recent encounter with a specialist.

Now, I am the first to admit that a little knowledge can be a dangerous thing. I do not have a medical degree, but probably do know more about health and medicine than most patients who present to doctors. I also have the added bonus of feeling comfortable talking to doctors, or so I thought.

For the first time I walked out of a medical consultation feeling angry and unheard. How did that happen?

As I tried to analyse what went wrong, I remembered an article published 10 years ago on doctor–patient communication that advised: “The clinician should be careful not to be judgmental or scolding because this may rapidly close down communication.”

I felt like I had been scolded and the outcome, as predicted, was a close down in communication.

Each patient who walks through the surgery door brings their own baggage to a consultation, as well as idiosyncrasies and foibles that the doctor must read and adjust to in almost an instant.

Every doctor will have encountered patients they simply do not like, find difficult to talk to or who are combative or in denial.

There is no shortage of advice for doctors on how to communicate with patients. The code of conduct for doctors, Good Medical Practice, includes a section on communicating with patients, and the NHMRC and most of the medical defence organisations also provide plenty of dos and don’ts. Much of it is basic common sense.

Although initially upset by my specialist encounter, on reflection I realised that, personality-wise, we were chalk and cheese. His brash manner and no-nonsense solution to eliminate risk just didn’t match my life-is-full-of-risk philosophy.

Of course we were never going to agree on what was “best” for me. It was his “I am right, you are wrong” attitude that left me so perplexed, although his perception of risk may have been influenced by medicolegal concerns.

For some patients, a no-nonsense doctor who tells you what you have to do is perfect. In fact, my mother was one of them.

But for a lot of patients, being able to discuss and weigh up risks and benefits is very important. Some are willing to take big risks, others aren’t.

Successful doctor–patient communication requires respect on both sides — whatever the patient decides.

Kath Ryan is the editor of MJA InSight. Jane McCredie is on leave this week.

One thought on “Kath Ryan: Life’s a risk”