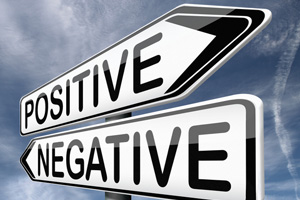 PRIMARY care experts have applauded a call for greater emphasis on comparative effectiveness research, saying it is an important step in applying evidence to “real world” clinical practice.

Professor Mieke Van Driel, head of the discipline of general practice at the University of Queensland and member of the Royal Australian College of General Practitioner’s national standing committee on research, said comparative effectiveness research (CER) would “make all the difference in a very practical clinical sense”.

“Asking questions that really matter to patients and their doctors, and providing answers that are generated from such patients have the greatest chance of improving outcomes that matter”, she said, adding that the primary care sector had long advocated for such an approach.

Professor Van Driel was commenting on an article in the latest issue of the MJA, in which Professor Ian Scott, director of the department of internal medicine and clinical epidemiology at Brisbane’s Princess Alexandra Hospital, said CER had the “potential to reform health care and transform health care research”. (1)

Professor Scott wrote that the aim of CER was to measure the effectiveness of a treatment by determining intervention benefit among unselected patients in real-world practice settings rather than among highly selected patients in tightly controlled experiments.

Professor Van Driel said the results of randomised control trials (RCTs) often did not reflect the variety of patients, often with multiple morbidities, who presented in general practice.

“[RCTs] are fantastic and have really helped in providing a good, solid scientific basis for a lot of what we do”, she said.

However, she said medicine had reached a point where it needed to broaden its approach. “If you want to know if something new is actually better [than current treatments], you need to test it against what we are already doing, not against something that we know doesn’t work.”

Professor Scott wrote that the UK and the US had established groups to promote CER, but no such body existed in Australia.

Associate Professor Lyndal Trevena, at the University of Sydney’s school of public health who is also a practising GP, agreed that Australia was lagging behind many other parts of the world in its approach to CER.

“We are constantly faced with having to try to apply hospital-based clinical trial evidence in the real-world setting. The patient populations are just so different and it really is a big challenge. I think for primary care clinical practice, more CER-based research would be very useful, but it’s not the whole answer”, said Professor Trevena, whose area of special interest is implementing research in primary care clinical practice.

She said just as important as having more relevant evidence, was having the tools to apply this evidence to individual patients, such as shared decision making with patients and improved clinical decision support.

“It’s a good time for us in Australia to be looking at [CER] because we do have high levels of computerisation in practice”, she said.

The establishment of Medicare Locals and last year’s launch of the NHMRC’s Translational Research Faculty would also help to provide primary care with the tools to capture data and translate the results into practice, Professor Trevena said. (2)

She also noted that the strategic review of medical research in Australia — the McKeon Review which was presented to the federal government in February — had recommended a closer alignment between Australian health and medical research and clinical practice in its consultation paper. (3)

However, the paper focused on hospital-based and tertiary centre clinical trials and did not “pick up on” the importance of primary care-based research, Professor Trevena said.

“There has been fabulous investment in primary care research in the Netherlands, the UK, Canada and to some extent in the US, but we are just not seeing that in Australia”, she said.

One thought on “Comparative research applauded”