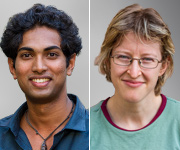 FIFTY years ago US poet Allen Ginsberg in his poem America proclaimed “America I’m putting my queer shoulder to the wheel”, and today he is not alone.

However, homosexuality, in the context of societal attitudes and prevailing social norms, remains a deeply contentious and divisive issue, imbued with political, legal and religious undertones.

As a barometer of change, it is notable that in a relatively socially progressive country such as Australia, the last state to decriminalise homosexuality was Tasmania in 1997.

As medicine reflects the sociocultural milieu in which it functions, homosexuality has a chequered history in the medical profession. The pathologising of homosexuality is not a concept found in the murkiest annals of medical history, but is a relatively recent phenomenon.

In recent years, there have been concerted efforts to eradicate the stigma associated with sexual orientation within the medical profession and in the community. The submission by the Australian Medical Student’s Association (AMSA) to the International Federation of Medical Student Associations of a draft policy calling for governments worldwide to legalise same-sex marriage is yet another step in that direction.

The changing attitude in the medical profession has been driven by overwhelming evidence refuting homosexuality as an inherent psychopathology, by evolving social norms and by the recognition of the potential for psychological harm caused by homophobic stigma and discrimination. Studies have shown that homosexuals suffer higher rates of depression, anxiety and suicide than their heterosexual peers.

The cause for marriage equality has previously been championed by the American Psychiatric Association in its 2005 position statement, which acknowledged the positive influence civil marriage equality would play in enhancing the physical and mental health at all stages of childhood development by providing long-term spousal and family support.

Likewise, in its 2002 position statement on Sexual Diversity and Gender Identity, the AMA recognised the diversity of the modern family construct and emphasised the importance of a non-judgemental attitude from medical professionals. It said that, from a social determinants perspective, legal recognition of same-sex unions and families would help facilitate health care equity within the community.

A recent study confirms the need for equity, with same-sex cohabiters reporting poorer health than their different-sex married counterparts.

The AMSA championed this position in its exemplary submission to the senate inquiry into marriage equality, again demonstrating the pivotal role the medical profession can play in advocating for the wellbeing and health of society through actively advocating for equity, non-discrimination and social justice.

The medical profession is held in high regard in society and embodies care and compassion underpinned by the rigour of scientific objectivity, so if it pathologises or stigmatises homosexuality the impact is profound and enormously dangerous.

Therefore advocacy for marriage equality by medical organisations like AMSA and the AMA, among many others, is a welcome step. Hopefully this will mean that the fears and reservations about interacting and openly disclosing their sexuality with the medical community by this still very vulnerable and marginalised group will be reduced.

Today, we, as a society, and using logic, rationale and empathy, must decide on this particular issue, which toys with a person’s basic human rights and compromises our sense of justice and equality, because by our actions today we will be scrutinised and held accountable by the society of tomorrow.

Equality, free of hatred and full of acceptance, has been a long time coming. Let’s not wait for it any longer.

Mr Souvik Kumar Das and Ms Sophie Hale are medical students at the University of Sydney.