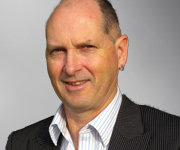 ALTHOUGH social media has rapidly become part of everyday life for a growing majority of the population, the potential dangers of internet exposure can even trap unwary doctors.

Recently, the mother of a teenage girl discovered her daughter had been exposed to one of those dangers after her daughter’s name was overheard in a doctor’s waiting room. According to media reports a 31-year-old man who heard her named called by a doctor started stalking her on Facebook.

The concerned mother wanted the practice to do something about the situation. What to do?

The issue raises the question of responsibilities for medical practices generally with respect to protecting patient confidentiality.

Visual privacy is specifically about not allowing others to see private information as well as allowing the patient privacy while undressing during the examination, by way of cubicles, screens, curtains, gowns and sheets as well as when dressing afterwards.

Auditory privacy is about ensuring confidentiality of personal health information, and that conversations with and about patients are not overheard by others. It does not require the patient to not be identified by name.

It is not reasonable to expect all health providers to introduce a number system to protect identity. There is a requirement to treat patients with courtesy and respect, and this also relates to how patients are called in the waiting area.

Where possible, use the least identification information required to call the patient — first name or last name but occasionally the full name when others in the area may have a matching name.

Dr Kumar introduced a number system not because he was required to, but in order to allay the mother’s concerns and to address a problem with a local solution. He admitted that patients at first were not happy with the system until it was explained why it had been implemented.

In a world where people are increasingly depersonalised by identity numbers, automated call centres and speech self-service, health professionals should always try to maintain a personal touch. It is more important in health than any other industry sector.

Attending a medical practice, particularly a general practice, is a common activity and of itself carries no specific information. It does not imply illness as many attend for other reasons including general checkups, advice on travel requirements and insurance medicals.

There may be some areas of medical practice where anonymity could be preferred such as a sexual health clinic. Practice design with smaller waiting areas might help.

Not long ago, I attended a local private hospital for an endoscopy. My health information was thoughtfully collected in a private room, I was able to change into a theatre gown in a private cubicle and then took my seat with others in a common waiting room — directly opposite one of my patients whom I had referred to the same specialist.

I kept my legs together and hoped as I left the room the back of my gown stayed securely tied.

Dr Neville Steer is a member of RACGP National Standing Committee — General Practice Advocacy and Support, and a GP and practice owner in Mornington, Victoria.