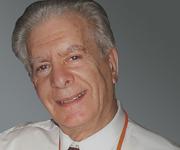 THE relevance of a register of legally qualified medical practitioners has changed since the world’s first registers were set up in NSW and Tasmania (1838).

The rationale then was to list those competent to advise on causes of death at inquests. Concerns about competence to attend to the living weren’t legally recognised until later. In view of the ineffectual nature of most medical care two centuries ago, that is not surprising.

Today, medical registers describe their role as protecting the public. The Medical Board of Australia says it is there to “protect the public and guide the profession”. The General Medical Council in the UK says its role is to “protect, promote and maintain the health and safety of the public by ensuring proper standards in the practice of medicine”.

A modern medical register, as maintained in English-speaking countries and ex-British colonies usually lists name, qualifications, specialty (if any), practice address, restrictions on the licence to practise (if any), and (in most US registers) disciplinary proceedings taken against the doctor. Some registers (as in Canada) also state if the doctor is not accepting new patients.

So, to fulfil the role of protecting the public, how many years after a registered doctor has faced an inquiry into their standard of practice should that information remain publicly accessible?

If an allegation against a doctor is not proven, should the details be kept on the register? If the matter was serious enough to end up in court, then, whether innocent or guilty, the court record is usually available, such as at the Australian Legal Information Institute.

But if an allegation is not proven, should the case still appear on the register? Surely, it is neither in the public interest nor fair to the doctor that the unproven allegation be recorded in perpetuity.

What of a doctor who has erred due to a defect in knowledge or skill, but that defect has since been corrected by attendance at a course or through supervision? Does the public need to know that, at some time in the past, the doctor did not know how to do something but now does know?

It is as little in the public interest to know of a doctor’s previous failure in skill or knowledge that has been remedied as it is to know that many specialists failed their Fellowship exams at their first attempt, but later improved and passed.

Some doctors do bad things — deceiving, misleading or abusing patients for the doctor’s gain or gratification. Sometimes they do such things without personal gain, simply by behaving unethically, crossing boundaries when they should not be crossed. Even here, there are degrees of culpability.

In serious cases, the doctors are struck off — their names removed from the register. Regrettably, in Australia they can still call themselves “Dr” and still practise, provided they do not pretend to be “registered medical practitioners”. Some public protection, that!

By definition, however, if the behaviour does not warrant striking off the register, but the outcome of the disciplinary action is that a condition is placed on registration, then the public has a legitimate interest in knowing of that condition. The very fact of not being struck off means that the authorities are satisfied that the public are safe attending that doctor.

The defined role of Australian Health Practitioner Regulation Agency is “to maintain up-to-date and publicly accessible national lists of … registered practitioners with entries relating to individuals to include any conditions or restrictions on professional practice” (my emphasis).

An up-to-date list should, therefore, contain only current conditions or restrictions.

Conditions are often reviewed at intervals, as is deregistration. Once conditions, or a suspension order against a doctor have been lifted, doesn’t that mean that the authorities are satisfied that the public is now safe? Should the record of the conditions or the suspension, which no longer apply, remain on the register in perpetuity?

While current conditions that apply to any doctor’s registration should certainly be in the public domain, is there any justification for retaining conditions that have been lifted? I think not.

Dr Peter Arnold was formerly deputy president of the NSW Medical Board. He chaired many Professional Standards Committee inquiries and sat on the Medical Tribunal of the NSW District Court. He contributed a chapter on medical registration to the Oxford Illustrated Companion to Medicine.

One thought on “Peter Arnold: Register or record of wrongs?”