James Churchill: A school too far 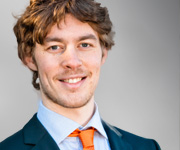 THE pressure that increasing numbers of medical students and medical schools are putting on Australia’s clinical training system is simply not sustainable for maintaining quality in medical education.

In the current climate, now is simply not the time for further expansion of the number of medical schools in Australia, as has recently been proposed by Curtin University in WA.

According to reports from the federal government’s Medical Training Review Panel, the number of medical students in Australia increased from 9935 in 2005 to 16 491 in 2011. The number of graduates each year has doubled in that time, with 3430 student doctors in 2012 seeking an internship in 2013.

As recently as 2003 there were 10 medical schools in Australia. Today there are 20.

A short walk around almost any public teaching hospital reveals crowded teaching rounds, packed lecture theatres and students lining up to have contact with patients, not to mention with the doctors who are supposed to be teaching them. It is evident to medical students that learning opportunities are declining in quality, even compared to few years ago.

The Higher Education Base Funding Review, released last December, revealed the extent of underfunding in Australian universities and highlighted medical education as a discipline requiring priority attention. Medical deans estimate a shortfall of $23 500 per student per year, not including unpaid teaching time.

The effect of underfunding is twofold: insufficient resourcing strains the capacity of supervision, assessment and infrastructure under the pressure of increasing student load, and it encourages schools to supplement income by recruiting increasing numbers of students through profitable, unregulated international and postgraduate full-fee places.

Until underfunding of medical education is fully corrected, investments must be directed to maintaining quality in existing medical programs. It would be irresponsible to instead direct new funding towards establishing costly new medical schools.

Although it is widely recognised that there is currently a national shortage of qualified doctors in Australia — a challenge for health systems around the world — it would be a mistake to assume that a doctor shortage equates to a shortage of medical students or that increasing medical student numbers is a straightforward solution to addressing this problem.

The crucial fact is that providing a student with a place to begin medical training does not automatically produce a fully trained, high-quality doctor. The “medical student tsunami” has hit and the system is currently under greater pressure than ever before.

The other more pressing national shortage is of quality training places for students already in the system.

Importantly, this is not a problem that affects any one state in isolation. Australia’s medical graduates are mobile, and supply and demand issues must be dealt with at a national level. It is misguided for a state to increase medical student numbers based on a deficit of doctors in that state alone, without considering the student surpluses that exist in other states.

This is why the National Training Plan, due for release this year by Health Workforce Australia, is urgently needed to provide a comprehensive view of the supply and demand across the continuum of medical education and guide effective national planning.

Each component of the medical education continuum — from primary medical degree through to internships, prevocational and vocational training places — must be considered and planned in a national context.

Until there is sufficient funding, clear evidence of capacity and robust national data to make informed decisions, there should be no more new medical schools established in Australia.

Mr James Churchill is the president of the Australian Medical Students’ Association.

4 thoughts on “James Churchill: A school too far”