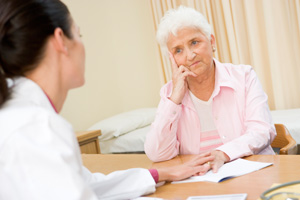 A NEW review of research shows that the antidepressants fluoxetine and venlafaxine are efficacious for major depression, but Australian experts are divided about the study’s validity.

The US review reanalysed data during the first 6 weeks of treatment for major depressive disorder from all sponsor-conducted randomised controlled trials of fluoxetine and venlafaxine. (1)

The researchers said that a number of recent reports had suggested the efficacy of antidepressants for major depression had been overstated due to publication bias, but that their analysis of both published and unpublished data indicated patients in all age and drug groups had significantly greater improvements than those in placebo groups.

“The antidepressants fluoxetine and venlafaxine are efficacious for major depressive disorder in all age groups, although more so in youths and adults compared with geriatric patients”, they concluded.

Professor Robert Goldney, emeritus professor of psychiatry at the University of Adelaide, said the results, particularly among young people, were “very reassuring”.

“It confirms what experienced clinicians have known for years. That is why antidepressants are used so much — they work, although not for all those who are depressed”, he said.

Professor Goldney emphasised that antidepressants were not first-line treatments and should only be used in conjunction with non-pharmacological treatments.

Although the research only reported outcomes from the first 6 weeks of treatment, Professor Goldney said it was still “very useful”.

“[The length of studies] is a valid concern but, being pragmatic, that’s the data available”, he said, adding that the research used powerful statistical analysis.

However, Professor Jon Jureidini, child psychiatrist at the Women’s and Children’s Hospital in Adelaide, was highly critical of the methodology used by the researchers, saying they seemed to have “cherrypicked” the data.

“It’s an appalling misrepresentation of the literature in children”, he said.

Professor Jureidini criticised the way the paediatric depression scale — the Children’s Depression Rating Scale–Revised — was used by the researchers to dichotomously divide young people into those who were “in remission” and those who weren’t. (2)

He said the scale was a “continuous variable” and was not designed to be used as a categorical measure.

Using this dichotomy, the researchers found that in youths, the remission rate was higher than the response rate, which Professor Jureidini said was “nonsensical”.

“Doctors should be just as cautious about using antidepressants in children as they were before this article was published”, he said.

However, Professor Goldney said “there’s no such thing as a perfect paper”, and added that the research was published in the world’s best psychiatry journal, the Archives of General Psychiatry.

Although many people criticised the use of antidepressants, they had made a huge impact on medical practice, he said.

“I am reminded of an old GP who practised through the 1940s to ’70s, who said the biggest advance in general practice after the introduction of antibiotics was the advent of antidepressants. Not all would agree with that, but it has always stuck in my mind”, Professor Goldney said.

The US researchers acknowledged several limitations with their study, such as that it only considered two antidepressants, there were only four youth trials (a total of 708 patients), and long-term outcomes may differ from the 6-week data.

The research follows a study published last month, in which the same authors used the same dataset to show that the antidepressant fluoxetine had no significant effect on suicidality in children and adolescents. (3)