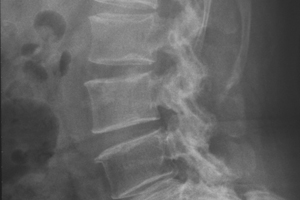 INTERNATIONAL experts are calling for improved patient selection for knee replacement surgery, especially in younger people who have a much higher risk of revision surgery.

Total knee-replacement surgery (TKR) is most often offered to those with end-stage knee arthritis and has a high success rate — except in younger people.

The problem, according to an article published in The Lancet, is the lack of consensus on what factors lead to a successful outcome. (1)

The authors, who reviewed randomised trials and joint-replacement registries, found that age was the most important factor affecting outcome.

In Australia, the 10-year risk of revision after primary TKR in patients with osteoarthritis was 6%, compared with 4% in Sweden.

Professor Stephen Graves, from the University of Adelaide’s department or orthopaedic surgery, who coauthored the paper, told MJA InSight that Australia was not seeing the same increase in TKR in younger people as in other parts of the world.

He said this was probably because the Australian joint-replacement registry had been reporting the increased risk of revision in younger patients for a number of years.

The Lancet authors wrote that national joint-replacement registries were one of the most important sources of comparative data for knee-replacement surgery.

“They not only provide data for individual implants, but also establish variation in outcome related to patient characteristics, surgical techniques and surgeon experience”, the authors wrote.

Professor Graves urged Australian surgeons to use all the available evidence when deciding when to do TKR and what sort of device to use.

“It’s a complex decision-making process and it’s now fairly clear that national registries are one of the best and most important sources of information for comparative data”, he said.

The Lancet authors also called for well designed preoperative decision aids to reduce the risk of revision and patient dissatisfaction.

“Formal decision aids help to present patients with evidence for and against surgery in a patient-focused manner and they have been successfully used in other surgery specialties”, they wrote.

Pain, function and radiographic severity emerged as key indicators for surgery. However, they noted that pain was a stronger indicator than mobility.

“Patients should have a history of persistent pain, either at night or when bearing weight. Symptoms should not be relieved by a 6 month course of non-operative treatment similar to that described by Osteoarthritis Research Society International.”

However, there was still no consensus as to what the exact severity of symptoms should be to indicate surgery.

“Despite the large numbers of knee replacements undertaken, no clear consensus exists within the surgical community about exact indications, particularly severity of preoperative symptoms, obesity, and age”, the authors wrote.

They also noted that TKR was increasingly popular and the “pioneering days” of the procedure were over.

“As the population ages and body-mass index increases, and with improvements in modern anaesthesia and surgical techniques, the need for knee replacements is expected to increase”, they wrote.