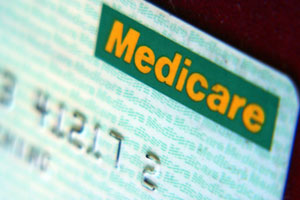 MEDICARE rebates for patients of specialists should depend on the specialist writing a report on the referred services, says a professor of general practice.

Writing in the latest MJA, Professor Tim Usherwood, professor of general practice at the University of Sydney, also called for more incentives for non-GP specialists to bulk bill concession card holders and children. (1)

Professor Usherwood said such incentives would help address the financial barriers that prevent many patients from attending specialists.

He cited Australian Bureau of Statistics data showing that 10% of Australians delayed or missed their specialist appointment due to cost. (2)

There were currently no Medicare incentives for specialists to bulk bill for most consultations, Professor Usherwood wrote.

Dr William Glasson, president of the Royal Australian and New Zealand College of Ophthalmologists and a former AMA president, agreed with Professor Usherwood’s proposal that specialists should have to write a report to access Medicare rebates.

“I completely support that … part of what you’re being paid for is to write a report back to the referring doctor. It should be mandatory”, he told MJA InSight.

However, the current AMA president, Dr Steve Hambleton, said that making doctors write a report in order to access Medicare rebates was not the way to improve communication between GPs and specialists.

“Using a Medicare rebate to ensure quality communication is a blunt tool that is likely to lead to more red tape … and we don’t need any more red tape”, he said.

He said the AMA had a policy on referrals within the profession, which contained detailed guidelines for communication between specialists. (3)

Suggestions that there should be incentives for specialists to bulk bill were difficult because Medicare rebates were insufficient to cover the costs of providing specialist care.

Dr Glasson agreed that Medicare rebates did not reflect the costs of quality care and said the most important thing was to increase the value of these rebates.

He suggested Medicare rebates could be differentiated depending on the type of patient, and praised the recent introduction of a new item number (109) for paediatric ophthalmology patients.

“You could argue that there may need to be differential rebates for those who can least afford it”, he said.

In the MJA article, Professor Usherwood said that private specialist practice was the “forgotten sector” in health care reform, despite the fact that $1.6 billion of the Medicare budget flows to these services.

He said a bulk-billing incentive may be more socially just than the current Extended Medicare Safety Net (EMSN) and referred to data showing that most of the EMSN benefits go to people in more well-off areas. (4)

Dr Glasson, who helped establish the EMSN when he was AMA president, agreed that the safety net needed work but said there was no need to “throw the baby out with the bathwater”.

“The principle is right but there are some excesses that need to be addressed, and we need to ensure that those people who can’t afford health care are being picked up”.