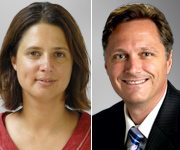 THE world’s first evidence-based diagnostic guidelines for a heart condition that affects tens of millions of people worldwide were published last month.

The 2012 World Heart Federation echocardiographic diagnostic criteria for rheumatic heart disease (RHD) featured in Nature Reviews Cardiology and it will have important global and national implications.

RHD is a disease of poverty that has been virtually eliminated from the developed world.

These days in Australia, most clinicians are likely to see RHD only in older individuals who contracted rheumatic fever as children in the mid-20th century when it was still common throughout the country — including former Prime Minister Kevin Rudd, who has had a heart valve replacement for RHD.

However, the decline of RHD has not been experienced by Indigenous Australians, who continue to have rates comparable to people in the poorest developing countries. Approximately 1% of all school-aged Indigenous children in the Northern Territory, rising to 2% of young adults, suffer the disease and its long-term complications, which include heart failure, strokes, arrhythmias, infective endocarditis and, of course, an increased risk of premature death.

A major challenge still facing clinicians working in areas where RHD remains endemic is that many patients with RHD do not have a clear history of acute rheumatic fever.

A common scenario is a child with an incidental finding of a cardiac murmur. The majority of the childhood cardiac murmurs are innocent; that is, there is no structural or functional abnormality of the heart. Innocent murmurs occur in up to a third of all school-aged children.

But in settings where RHD is endemic, the stakes are high. Innocent murmurs are inconsequential, whereas missing RHD has devastating consequences. Early detection of RHD and commencement of long-term preventive treatment in the form of 4-weekly penicillin injections (secondary prophylaxis) can be life saving — it prevents rheumatic fever recurrences and hence worsening of heart disease.

An echocardiographic examination would be expected to resolve the issue. However, until now there have been no guidelines available to define what is normal on echocardiography in children. For example, how much left-sided valvular regurgitation is normal, and when does a slightly unusual appearance of a valve leaflet signify RHD?

In the absence of definitive guidance, cardiologists reporting on echocardiograms make decisions based on their clinical experience. This is unlikely to be a problem for advanced disease, where the findings are clear-cut. However, the most frequently encountered scenario is trivial to mild disease, where decision making is more complex, to differentiate pathology from normal findings.

Importantly it is those with mild disease who are likely to benefit the most from early intervention with secondary prophylaxis.

The new 2012 World Heart Federation evidence-based guidelines clearly define not only what is considered to be a definite versus a borderline case of RHD but also what is considered normal in children. The guidelines aim to provide a robust foundation for early detection of RHD in individuals without a past history of rheumatic fever but who originate from a region where acute rheumatic fever and RHD are endemic. They will maximise pick-up of minor degrees of RHD, while preventing overdiagnosis.

Regardless of whether or not Australia chooses to implement screening programs, these guidelines will be enormously helpful to clinicians who are making decisions all the time about whether possible echocardiographic abnormalities represent true RHD.