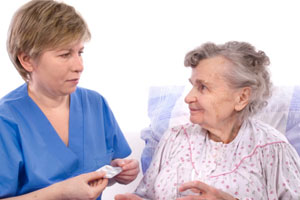 Evidence mounts on antipsychotics in elderly

NEW research has added to the weight of evidence against the use of antipsychotics in elderly dementia patients, showing some of these drugs are more harmful than others.

The Harvard Medical School study, published in the BMJ, followed a large cohort of nursing home residents who were commenced on any of six different antipsychotic drugs — haloperidol, aripiprazole, olanzapine, quetiapine, risperidone and ziprasidone — for six months. (1)

Of the 75 445 elderly patients, a total of 6598 died within the 6-month study from non-cancer related causes. Patients treated with haloperidol had double the risk of death compared with those taking risperidone, while those taking quetiapine had a reduced risk compared with other antipsychotic users.

The association between haloperidol and mortality was most marked during the first 40 days of treatment, and persisted even after adjusting for dose and the presence of dementia or behavioural disturbances. Almost half the deaths (49%) were recorded as due to circulatory disorders, 10% to brain disorders and 15% to respiratory disorders.

The researchers wrote that although their findings could not prove causality, they did “provide more evidence of the risk of using these drugs in older patients, reinforcing the concept that they should not be used in the absence of clear need”.

“If the clinician faces a situation in which use of these drugs seems inevitable, our findings underscore the importance of always prescribing the lowest possible dose and of closely monitoring patients, especially shortly after the start of treatment”, they wrote.

An accompanying editorial agreed that information on risk must be weighed against the potential benefits of a drug in dealing with aggression in dementia patients. (2)

“This strengthens the argument for avoiding haloperidol on safety grounds. In contrast, there is no high quality evidence that quetiapine is effective for treating neuropsychiatric symptoms in dementia, and the results of the current study should not support its use”, the editorial said.

Australian experts have previously raised similar concerns about antipsychotic drug prescribing in the elderly, as outlined in an article published in the Australian and New Zealand Journal of Psychiatry. (3)

“Despite increasing questions surrounding the risks and benefits of [atypical antipsychotic] use in the elderly, there has been an increase in their use in some aged care facilities, albeit at low doses”, the authors wrote.

Dr David Lie, one of the authors of the article and a clinical affiliate at the Centre for Research in Geriatric Medicine at the University of Queensland, told MJA InSight that with the high prevalence of antipsychotic use in nursing homes and the dangers posed by these drugs, more information was needed on the circumstances under which they are prescribed.

Dr Lie said although there was no easy fix, understanding more about the “social ecology of the prescribing” — who is prescribing, when and why — was necessary to address the problem.

He said a good start would be to support colleagues who work in this area with training, research and guidelines.

“Perhaps some of the money spent on psychotropics in the elderly could be diverted into non-pharmacological approaches, workforce training, early intervention strategies and the like”, he said.

“We also need a wider debate about the quality use of psychotropic medicines in residential care and hospitals, and how we provide health care to people in residential care generally, as we face an exponential rise in dementia numbers over the next two decades”.

“For Australian doctors, haloperidol is generally already not first choice for dementia, but we need to remember the issue of ceasing haloperidol prescribed for delirium before people leave hospital or reviewing it after transfer to residential care”, he said.

“Once people are put on psychotropics there is a reluctance to stop [the drugs] and they tend to stay on them.”

3 thoughts on “Evidence mounts on antipsychotics in elderly”