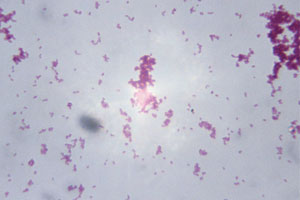 EXPERTS in the US have warned that gonococcal infections could soon be untreatable and are calling on clinicians to use combination therapies and be alert to cases where treatment has failed.

Neisseriae gonorrhoea has always readily developed resistance to antimicrobial agents but the last line of defence — the cephalosporins — is now failing too, according to an article published in The New England Journal of Medicine. (1)

Decreases in susceptibility to the third generation cephalosporin, cefixime, were first reported in East Asia, while possible failure of treatment with cefixime was noted in Japan in 2003 and later documented in Norway and the UK in 2010, the authors wrote.

“The greatest worry is the strain isolated in Kyoto in 2009 from a patient with pharyngeal gonorrhoea that was highly resistant to ceftriaxone”, they wrote.

Director of the Melbourne Sexual Health Centre, Professor Kit Fairley, said his centre had treated cases that showed reduced resistance to the current treatment, as had centres in other Australian cities.

“There have been some cases in Sydney as well. Most states are moving to higher doses and are using two antibiotics instead of one”, he said.

Professor Peter Collignon, an infectious diseases physician from the Australian National University Medical School, said the move away from collecting cultures in favour of molecular tests was fine for diagnosis but not for determining antibiotic resistance.

“We often see resistant bacteria unsuccessfully treated with two, three or even four antibiotics where no culture has been collected”, he said.

“You could argue that [doing cultures] will double costs, but when someone has not responded as you expect, you need to perform bacterial cultures and that’s especially relevant for gonorrhoea.”

The US study authors also called on clinicians to use the most effective treatment regimen, to be more vigilant for cases in which treatment had failed, to perform cultures in such cases and to report suspected treatment failure to health departments.

They recommended using a 250 mg intramuscular dose of ceftriaxone plus 1 g of azithromycin.

Although third-generation cephalosporins were still highly effective against most strains, now was the time to invest in rebuilding defences against gonococcal infections, with the involvement of the health care, public health and research communities, the authors wrote.

“There is much to do and the threat of untreatable gonorrhoea is emerging rapidly”, they wrote.

However, Professor Basil Donovan, head of the University of NSW’s Kirby Institute, said that the untreatable scenario the authors were describing was at least several years away.

He noted that because of our proximity to Asia, Australia had a long history of experiencing N. gonorrhoeae antibiotic resistance ahead of the US. However, Australia had “arguably fared better” than the US; a higher dose of ceftriaxone (initially 250 mg and now 500 mg statim) has always been used, Professor Donovan said.

He also noted that the US was closing its public sexual health clinics due to the economic climate, even though the best way to delay and minimise antibiotic resistance was to control the infection at a population level.

However, he agreed that authors’ call for combination antibiotic therapy was warranted.

“In general, using a single agent is probably asking for trouble”, Professor Donovan said. “My best guess is that we will be recommending two agents rather than one in the next few years.

“In the meantime, I recommend that Australian doctors stick with current treatment guidelines for gonorrhoea”, he said.

3 thoughts on “Gonorrhoea could become untreatable”