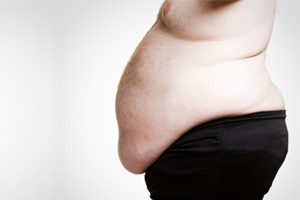 BARIATRIC surgery is out of reach for many patients most in need of the procedure, according to researchers who found that higher incomes dictate who is most likely to have the procedure.

The study authors said private health insurance accounted for some, but not all, of the observed inequalities, and they noted that people with higher educational qualifications were twice as likely to have surgery as those with no qualifications. This was mostly due to the association between education and income, they wrote.

“Continuing inequity in access is likely to exacerbate existing inequalities in obesity and related health problems”, they wrote.

Professor Paul O’Brien, head of the Centre for Bariatric Surgery at Monash University, said the study clearly showed a failure to provide access to a proven treatment for a common and well documented health problem based largely on private health insurance status and therefore access to private hospitals.

“Sadly, given the proven benefits of weight loss to health, only 312 (0.28%) [of study participants] accessed bariatric surgery per year during [the 2-year study] period. Essentially none were treated in the public hospital system”, he said, adding that this was in direct conflict with a recommendation of the 2009 House of Representatives Standing Committee on Health and Ageing Inquiry into Obesity.

The two procedures included in the study — adjustable gastric banding and gastric bypass — are both listed on the Medicare Benefits Schedule, but of the 312 study participants who had surgery over the 111 757 person-years of follow-up, only one was treated as a public patient and four were treated as Department of Veteran Affairs patients.

However, Professor O’Brien noted the number of procedures performed in NSW may not be representative of all states.

“Public hospital rules of access for bariatric surgery and therefore numbers of cases performed vary considerably across states. Although none, to my knowledge, offer open access based on the clinician’s decision as occurs for other diseases, there is generally better access than in NSW”, he said.

Professor O’Brien said another limitation of the study was that it included only patients aged 45 years and over.

“Obesity and the needs for its treatment are well established by adolescence and most prominent in the people in their 30s and 40s”, he said.

Professor Boyd Swinburn, director of the WHO Collaborating Centre for Obesity Prevention and professor of population health at Deakin University, said many studies had shown that bariatric surgery was cost-effective, but there were considerations other than cost-effectiveness in deciding levels of public funding.

“One of those considerations is whether funding the intervention will increase inequalities and this paper shows that it does”, he said. “The other is that expensive interventions like bariatric surgery, while they might be cost-effective, may not be particularly affordable either for the country or for the individual.”

While Professor Swinburn said there was already prioritisation for people with obesity-related comorbidities, such as diabetes and heart disease, the paper hinted that public funding needed to be better targeted towards patients who could not otherwise afford such an expensive procedure.

Professor Swinburn said this presented a dilemma for the public health system.

“It is a problem for governments when things like bariatric surgery come along with good cost-effectiveness credentials — the pressure is to fund them within the public hospital system”, he said. However, such a decision could come at the expense of funding prevention measures.

Professor Swinburn said the paper quantified the size of the inequalities that expensive procedures were likely to create, but it didn’t help policymakers to decide how much of the public purse should be spent on “very expensive ambulances at the bottom of the cliff”.