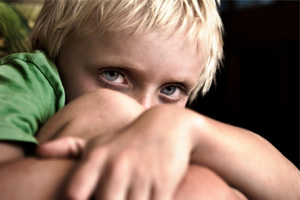 INDIGENOUS health experts say research showing substantial increases in reports of child maltreatment in the NT must be interpreted with caution, with one expert adding that the figures are still alarming.

A historical cohort study, published in the MJA, found that between 1999 and 2010 in the NT there was an average increase of 21% in the overall annual rates of notification for maltreatment of Aboriginal children aged up to 17 years. (1)

The number of substantiated cases increased by an average of 18% per year over the same period, although there was a slight decrease in the proportion of investigations that were subsequently substantiated (43%, down from 52%).

The research found larger increases in notifications by professional groups including police, health professionals and school personnel were in contrast to more modest increases in reporting by community members.

Dr Liz Moore, public health medical officer with the Aboriginal Medical Services Alliance of the NT, said the rates of child protection notifications were “alarming”, but it was difficult to know how much of the increase was due to increased reporting and how much was due to increased incidence.

“It’s maybe a mixture of both, but whatever it is, it’s alarming”, she told MJA InSight.

Professor Ngiare Brown, public health medical officer with the National Aboriginal Community Controlled Health Organisation, said it was important to consider the data in context. She said there had always been underreporting of child maltreatment, and improved detection could be at least partly responsible for the annual increases.

Professor Brown said the increased notifications in the report were also likely to have been influenced by factors such as legislation, reporting requirements, social campaigns and public awareness.

“We shouldn’t assume that suddenly people are abusing their children more, rather it’s because we’re looking for it, we’re trying to be more careful about how we identify cases, how we report them and how we then deal with those cases, so we can improve the outcomes for our children and reduce, as close to zero as we possibly can, any further harms to these children”, she said.

Professor Brown said providing context to this data by drawing together information across a range of jurisdictions from lawyers and social workers to health professionals and the community sector was “incredibly important”.

“There is significant expertise in this field [and many people] know what we should be doing to better protect Aboriginal and Torres Strait Islander children, protect all children, create safer environments and to support parents. We have evidence as to how we can best do that — so how do we bring it all together?” she said.

Dr Moore said several developments were showing great promise, including the Australian Nurse-Family Partnership Program. Based on a US program developed over 30 years, it has been rolled out in Alice Springs in the NT, Cairns in Queensland and Wellington in NSW to enable nurses to make home visits to women pregnant with an Aboriginal or Torres Strait Islander child throughout the woman’s pregnancy and until the child was 2 years old.

“This is a population health approach that we think will be of long-term [benefit],” Dr Moore said. “It’s not the total answer, but all the evidence from overseas shows that it should have a marked impact on some of these issues, including child protection.” (2, 3)

However, Dr Moore said there was much more to be done. “We need a better response for families in crisis, but we also need a public health approach, a universal approach for early childhood in the NT.”

Dr Moore said it was also concerning that the peak body for child protection in the NT — Strong Aboriginal Families, Together (SAF,T) — had an uncertain future, with threats of funding cuts from the NT government.

SAF,T CEO Ms Josie Crawshaw said the organisation was originally funded by the NT government for 3 years to provide an intervention prevention program for at-risk families. However, funding for the year-old organisation had recently been cut by 50% and the government had directed it to focus on high-risk out-of-home care only, she said.