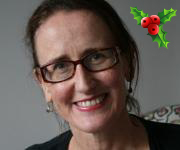 WHILE doing a research project some years ago, I came across a 19th-century advertisement for a potion called Vitadatio, described as “the great healer of all blood diseases” and “the only genuine Tasmanian herbal remedy”.

“VITADATIO has proved itself”, the ad concluded. “Therefore it can be relied upon.”

In that spirit, it gives me great pleasure to announce the inaugural Vitadatio awards for exceptional achievement in the interpretation of research.

With so many worthy contenders, it’s hard to know where to start.

An honourable mention must go to the homeopaths of Australia and the private health funds that offer benefits for their services.

When a draft NHMRC statement describing homeopathic treatment as unethical because it had “been shown not to be efficacious” was leaked to the media earlier this year, it didn’t dent the faith of the true believers.

Australian Homeopathic Association president, Greg Cope, told The Age there was “strong” evidence supporting the practice, including clinical trials that were being submitted to the NHMRC for consideration.

We await the release of these with anticipation but, in the meantime, the Vitadatio tradition lives on in Australian practitioners who promote use of homeopathic remedies for conditions as varied as AIDS, autism, arthritis, asthma, etc (and that’s just sticking to the As).

The Australian Association of Professional Homeopaths describes homeopathic medicine as being “at the forefront of a revolution in scientific thinking”. Now, if that’s not worthy of an award, I don’t know what is.

However, competition in this arena is fierce.

The runner-up in this year’s Vitadatio awards is the Australian Vaccination Network (AVN), an organisation with a fine pedigree in creative interpretation of research as well as in constructing elaborate theories about doctor/government conspiracies to hide the truth about vaccines.

On the human papillomavirus (HPV) vaccine, for example, the AVN tells us the purported connection between HPV and cervical cancer is “tenuous at best — incomprehensible at worst”.

The basis for this appears to be the fact that most sexually active women will be exposed to HPV at some point in their lives, yet relatively few go on to develop cervical cancer.

“Anybody who takes this vaccine or who allows it to be administered to their child is playing a fine game of vaccination roulette with an unknown benefit and a possibility of great risk”, the AVN concludes.

Incomprehensible seems about right, but even that was not enough to win the anti-immunisation lobby group the Gold Vitadatio.

This year’s top gong goes to those exemplars of civic responsibility, the big tobacco companies, for their fine efforts in opposing the introduction of plain packaging for cigarettes.

Big tobacco perhaps has an unfair advantage, given the years it has spent honing its skills in creative interpretation of data. Who could forget the footage of the seven CEOs of major tobacco companies in 1994 solemnly telling the US Congress that nicotine was not addictive?

This year’s achievement didn’t quite reach those heights, but is a worthy winner nonetheless. Not content with trying to convince us the plain packs would usher in a totalitarian regime and drive small business owners to the wall, the industry also argued they would have a negative impact on public health.

A happy festive season to all readers. And don’t hit the Vitadatio too hard —apparently it was pure gin.