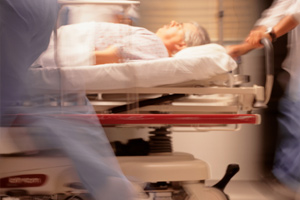 A CALL by leading emergency physicians for an urgent review of the Australian Institute of Health and Welfare’s “flawed” method of calculating the number of general practice presentations to emergency departments is likely to be answered by the middle of next year.

In a letter published in the MJA this week, the emergency doctors said recent AIHW statistics showed 38% of ED attendances from July 2011 to June 2012 were potential GP presentations, whereas the true figure was likely to be one-third of that number. (1)

The authors wrote that the AIHW method of reporting was flawed because of erroneous use of the Australasian Triage Scale.

Although the AIHW and Council of Australian Governments (COAG) had acknowledged the indicator was flawed and had agreed to review it, to date this had not been done and it was now “a matter of national urgency”, they wrote.

Ms Jenny Hargreaves, a senior executive of the AIHW Hospitals and Performance Group, told MJA InSight the intention was that “the indicator is revised by mid next year and if possible we’ll use it in the September [2013] report”.

“It is appreciated that this is not a perfect indicator, that is why we are reviewing it”, Ms Hargreaves said.

Lead author of the MJA letter, Professor Yusuf Nagree, of the School of Primary, Aboriginal and Rural Health Care at the University of WA, said it was more than 2 years since the Australasian College for Emergency Medicine first raised the alarm bell about the AIHW’s “corruption of the triage scale”.

Under the AIHW indicator, people who come to an emergency department who are triaged as category 4 or 5 are considered a GP-related referral. This includes any patient referred to an ED by a GP.

The letter authors wrote: “Partly based on the inaccurate AIHW statistics suggesting EDs have more general practice patients than they really do, policy initiatives have been introduced in recent years to redirect these patients away from EDs (eg, the nurse walk-in centres in Canberra, national telephone triage lines and super clinics).

“These programs have cost many millions of dollars but failed to have any meaningful impact on overcrowding in EDs.”

Instead, the focus should be the true solution — increasing inpatient bed capacity, the authors wrote.

Professor Daniel Fatovich, professor of emergency medicine at the University of WA and a coauthor of the letter, told MJA InSight other reputable methods had found that potential GP presentations accounted for about 10% of ED attendances but only about 3% when calculated as a proportion of time spent with patients.

“It is such a tiny part yet it seems to garner incredible attention that is completely out of proportion”, he said.

“That there are too many inappropriate GP cases is a complete myth and policy makers seem to have fallen for it — they have started to introduce policies based on it.” The indicator was not used by any other country, he said.

He said based on his experience as an emergency physician at Royal Perth Hospital, potential GP presentations accounted for only about 5% of ED attendances.

Another coauthor, Professor Peter Cameron, professor of emergency medicine at Monash University, told MJA InSight the triage scale used by EDs was developed as a measure of urgency not as a measure of severity of illness or likelihood of admission.

Professor Cameron said the main reason for AIHW adopting the method was “probably laziness” as it was taken from NSW state government reports.

“It suited the political argument that access block in EDs could be fixed by sending [patients] to their GPs — this suits state governments who fund hospitals”, he said.

Ms Hargreaves would not comment on the authors’ assertion that the erroneous statistics had led to poor policy outcomes and a waste of resources, saying that “the AIHW is not a policy-making body”.

However, she said the institute would consider the letter when reviewing the indicator.