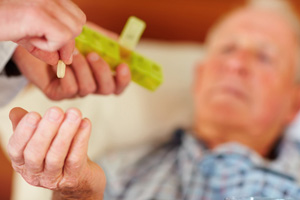 HIGH haemorrhage rates due to initial warfarin therapy for atrial fibrillation were reason for caution but should not deter clinicians from prescribing the drug when appropriate, according to Australian experts.

A 13-year population-based cohort study of more than 125 000 older patients with atrial fibrillation, published in the CMAJ, found that rates of haemorrhage were highest in the first 30 days of treatment and higher than had been observed in clinical trials. However, the researchers said the rate was lower than had been found in other observational studies. (1)

Professor Ross Baker, a clinical haematologist at Royal Perth Hospital, told MJA InSight the key message was to pay close attention to the risk of haemorrhage in the first 30 days after starting warfarin.

“The first 30 days really need to be taken as a serious time in a person’s life when they’re starting anticoagulants”, Professor Baker said.

The research also found that over the 5 years of follow-up, 8.7% of patients visited the hospital for haemorrhage and one in five of these patients died in hospital or within 7 days of being discharged.

Associate Professor John Worthington, of the Ingham Institute for Applied Medical Research at the University of NSW, said the study had several limitations and the estimates of bleeding should not cause alarm or major changes in prescribing.

He said the study’s wide definition of major bleeding (any visit to hospital for haemorrhage) and the high proportion of older high-risk AF patients would predictably increase crude bleeding rates, and this was acknowledged by the Canadian study authors. There was also no information about the quality of INR (international normalised ratio) control and no comparison with the new anticoagulants in this population.

“For some of the new anticoagulants agents, the time to first bleed is similar or shorter than for warfarin”, he said. “If there is good INR control, as usually achieved in Australia, the absolute differences in bleeding rates are small or not significantly different, depending on age, comorbidities and anticoagulant.”

Professor Worthington said the rate of intracranial bleeds — which were never minor — shown in the Canadian study were similar to the rates shown in the warfarin versus aspirin for stroke prevention study. (2)

He said this suggested that warfarin was not so bad in the “real world”.

“We need to select patients carefully when we do start the new oral anticoagulants, in particular looking at renal function because all of these new anticoagulants are renally excreted, whereas warfarin is not”, he said.

Professor Worthington said internationally there was a major evidence–practice gap, with underuse of anticoagulation in non-valvular AF.

“There is a very important message from this study. Doctors tend to not prescribe warfarin in the elderly because they think they’re frail and sicker and will have more bleeding”, he said.

“This may be true, but they also have a much higher ischaemic stroke rate. These patients are as likely to benefit — and in some studies more likely to benefit —from being on an anticoagulant as a younger and more robust counterpart, at lower bleeding risk.”

In other research published last week in JAMA, in more than 4000 patients who had bioprosthetic aortic valve replacement (AVR) surgery, discontinuing warfarin therapy within the first 3 months after surgery was found to be associated with a significant increase in the risk of stroke, thromboembolic complications and cardiovascular death. (3)

The study also found discontinuing warfarin therapy within 90–179 days after surgery was associated with a significant increase in the risk of cardiovascular death.

An accompanying editorial said the study was likely to change treatment approaches for patients undergoing bioprosthetic AVR surgery. “Warfarin probably will be used more frequently and likely for 6 months instead of 3 months”, it said. (4)