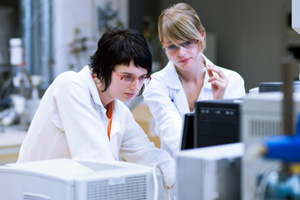 CLINICAL researchers strongly support the concept of sharing clinical trial data, but harbour concerns about the practicalities of allowing open access to the data.

A new study published in the BMJ found that of more than 300 investigators who had recently had clinical trials published in high-impact medical journals, 74% thought that, in principle, sharing de-identified data through data repositories should be required. (1)

The cross-sectional, web-based survey of clinical researchers also found that 72% of respondents thought investigators should be required to share de-identified data in response to individual requests. But the investigators also had significant concerns about the impact of increased data sharing, with 65% of respondents concerned about the appropriate use of the data, including inappropriate secondary analyses.

Associate Professor Lisa Askie, head of the Systematic Reviews and Health Technology Assessment team at the NHMRC Clinical Trials Centre, agreed with the concept of data sharing in principle, but said that without effective safeguards and significant infrastructure support, open access to raw data had the potential to do more harm than good.

“If you just had raw data in a repository, you’d need some safeguards into how the data would be used”, Professor Askie said. “The main concern, which was highlighted in the article, is the potential for inappropriate secondary analyses.”

Professor Chris Del Mar, professor of public health at Bond University, agreed that this was a potential problem but said that it could be addressed by a committee overseeing the use of data.

He said moves were underway in Australia and internationally to develop processes to make data more freely available.

“It’s a very important signal that research data is here for everyone — it’s to benefit the community, to benefit us. The idea that people should own it and sequester it is contrary to that important principle”, Professor Del Mar told MJA InSight.

While Professor Del Mar said there were some complicated issues to work through, including issues of patient confidentiality and definitions of what constitutes research data, he added that the potential benefits were great.

He said data sharing would make it more difficult for drug companies to selectively report data, and would allow research findings to be checked and retested. It would also help researchers to maintain their data appropriately.

Professor Askie said it was also important to differentiate between the separate issues of open access to research results and the sharing of raw clinical data. She said she was in favour of open access to research results, noting that since 1 July this year, the NHMRC had required the results of all research funded by the organisation to be made publicly available within 12 months of publication. (2)

“Access to results is one thing — and I think everyone would agree it should be made mandatory — but access to the actual raw data from the trial is another step, and people still have some concerns about that”, she said.

A consensus statement on the ethical conduct and design of cluster randomised trials was also published last week in PLoS Medicine. Canadian researchers outlined 15 recommendations for the design of cluster randomised trials, which have specific ethical challenges such as the identification of research participants and informed consent procedures. (3)

One thought on “Concerns about access to trial data”