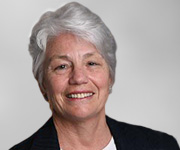 THE re-election of Barack Obama as US President has profound consequences for the future direction of health care reforms in that country, which struggles with burgeoning health costs and growing health disparities.

In March 2010, after much political and policy wrangling and the expenditure of considerable political capital, Obama kept his election promise and signed into law a bill to deliver the most sweeping health care reforms in the US since the passage of Medicare and Medicaid in 1965.

The Affordable Care Act (known colloquially as Obamacare) takes a major step in delivering affordable health care to all Americans, addresses the need for new ways to deliver and fund health care services, requires improvements in quality and safety, expands the health workforce, and implements a whole-of-government approach to prevention and tackling health disparities.

When fully implemented in 2014, it will hold down health care costs, reduce the deficit by $US109 billion over the next decade, increase jobs and productivity and provide access to health insurance for 30 million Americans who currently lack cover.

Most Australians are bemused by the illogical fear of so many Americans to these changes, which resulted in an ideological assault from the right, a Supreme Court challenge to the legitimacy of the law, and the absolute commitment of every Republican politician to repeal Obamacare — to the extent that presidential candidate Mitt Romney, whose efforts as Governor of Massachusetts provided the roadmap for the Obama reforms, was forced to adopt the “repeal and replace” mantra.

Obama went into the 2012 election campaign boldly stating his commitment to the full implementation of the Affordable Care Act, but we should not for one moment think that the health care reform battle is over and that the US Congress will acknowledge his mandate.

While Obamacare will endure, there will be a continuing implacable opposition from Republicans essentially based on a philosophical point about the role of government in the social contract and the lives of Americans.

And Americans themselves remain ambivalent with 49% of surveyed voters saying they wanted some or all of Obamacare repealed, although only 18% of voters said that health care was a key issue in deciding how they voted. Yet only about a quarter of voters supported the Romney promise of full repeal.

At the heart of this public confusion is that very few Americans understand the full scope, impact and costs of the reforms, but they do want the many benefits that have already been implemented to continue. These include allowing children aged less than 26 years to stay on their parents’ policies; lower drug costs for people on Medicare who are heavy users of prescription drugs; free preventive health services such as immunisations, mammograms and contraceptives; and a ban on lifetime limits on insurance payments.

Insurance companies cannot deny coverage to children with pre-existing conditions and, starting in 2014, insurers must accept all applicants.

During the presidential campaign Romney had no plan to cover the uninsured beyond a callous assumption that they could use hospital emergency rooms. He fudged the issue as to whether he would adopt his running mate Paul Ryan’s proposal to use voucher programs to shift more Medicare costs to patients and block grants to shift more Medicaid costs to the states.

Now that Ryan is returned to his position as chair of the House Budget Committee, we can expect to once again see him proposing major budget cuts to these entitlement programs as part of Congressional Republicans’ plans for deficit reduction. Democrats and the elderly oppose these changes, but Ryan will be looking to burnish his credentials as a potential Republican presidential candidate in 2016.

The election result removed the giant threat that Romney would erase Obamacare but replaced it with myriad smaller threats. In particular, Republican governors in at least six states have vowed to oppose one of the reform’s central components — a dramatic expansion of Medicaid, even though this is financed by federal money. The pushback may come from local governments and communities who recognise that the burden of uncompensated hospital care which currently falls on them could be relieved by accepting these federal funds.

The President said he was “determined to be the last” in a long line of Presidents who have tried to enact health reform, and he did that. But only one person has really been able to communicate effectively on the issues around health care reform — former President Bill Clinton.

Obama will need to use Clinton and others to help him enlist the public in his cause if he is to truly succeed in fully implementing these reforms in the face of continuing budget deficits, a weak economy and a partisan Congress.

Dr Lesley Russell is a senior research fellow at the Australian Primary Health Care Research Institute. College of Medicine, Biology & Environment, the Australian National University, Canberra. She was, until recently, a senior policy advisor to the US Surgeon General.