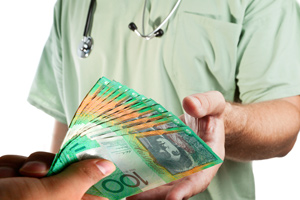 AS Australian authorities consider whether to include quality and safety measures in local hospital funding formulae, a UK analysis shows a pay-for-performance program has delivered a small but clinically significant reduction in mortality.

The study, published in the New England Journal of Medicine, found a 1.3% drop in 30-day, in-hospital, risk-adjusted mortality in 134 435 patients admitted to 24 hospitals for pneumonia, heart failure or acute myocardial infarction. Data were compared with 722 139 patients admitted for the same three conditions to 132 other hospitals in England. (1)

The 24 hospitals, all based in the north-west of England, had implemented a quality improvement program developed in the US — the Medicare Premier Hospital Quality Incentive Demonstration (HQID) program. An earlier assessment of that program found improved process-quality measures initially, but a 6-year follow-up found no effect on 30-day mortality. (2)

Australia’s Independent Hospital Pricing Authority (IHPA), the body established in 2011 to oversee the implementation of activity-based funding for hospitals from July this year, confirmed that it was looking into pay-for-performance-type measures.

“The IHPA is working with the Australian Commission on Safety and Quality in Health Care to examine the UK quality pricing policy, as well as other hospital pricing systems from around the world”, IHPA CEO Dr Tony Sherbon told MJA InSight.

“The joint working party will develop a discussion paper summarising the options for Australia, which will be released for public consultation in 2013. This will inform the IHPA and commission board in making a decision on whether to incorporate safety and quality into the pricing framework.”

Associate Professor Ian Scott, director of internal medicine research and associate professor of medicine at the University of Queensland, said there was a push in Australia to pursue pay-for-performance programs.

He said he suspected the formulae for national activity-based funding to hospitals for undertaking clinical work would in time be tweaked to tie at least some portion of the funding to compliance with various quality targets.

While Professor Scott said he was not convinced that this was the best way to achieve quality care, of even greater concern were suggestions that deducting funding for non-compliance with quality measures could improve hospital performance.

“Such non-pay for non-performance is the mirror image of pay-for-performance, and I suspect there are some folk who think that is going to be an even more powerful incentive for clinicians to do the right thing”, Professor Scott said.

“Clinicians would prefer carrots rather than sticks, but you probably need a mix”, he said. “In the current fiscal climate, particularly in Queensland, there is a strong desire to achieve better quality at lower cost pretty promptly, and not paying people for inappropriate care is felt to have more of an effect than paying them for appropriate care.”

Professor Scott said it was also important to consider sustainability in any improvements achieved with pay-for-performance programs. He said the initial benefits seen with the US program gradually faded with longer term follow-up. It remained to be seen if the reductions in risk-adjusted mortality shown in this UK study would be sustained over the longer term.

The UK researchers said that participating hospitals had adopted a range of quality-improvement strategies in response to the pay-for-performance program, including the development of new or improved data-collection systems linked to regular feedback about performance to clinical teams.

Compared to the HQID, the UK program had larger bonuses and greater probability of earning bonuses, which “may explain why hospitals made substantial investments in quality improvement”.

An accompany editorial said the contrasting findings for the UK and US programs came down to “striking differences” in how the two programs were implemented. (3)