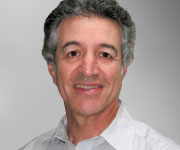 SMOKERS are weak-willed individuals making a bad lifestyle choice. Why should we waste time on recalcitrant smokers who refuse to quit? Surely resources should be allocated to motivated patients with medical illnesses.

Unfortunately many doctors hold this outdated view of tobacco smoking and do not give smokers the level of support they need to quit.

Smoking (nicotine dependence) is now recognised as a substance abuse disorder. Eighty per cent of smokers want to quit but fail repeatedly because they are addicted to nicotine and have lost control of their smoking behaviour. In fact, 40% of Australian smokers try to quit each year, mostly unsuccessfully.

Most smokers begin in adolescence when they are unable to make a rational and balanced decision. The rapid delivery of nicotine to the reward centre in the midbrain creates powerful drug-seeking behaviour often within several days of the first cigarette. Genetic predisposition augments the addiction further in many cases.

Nicotine dependence is now also conceptualised as a chronic medical disease, with multiple cycles of relapse and remission. Doctors often use an acute treatment model for smoking patients but it is not applicable.

Relapse is the hallmark of this chronic illness and smokers need to be re-engaged repeatedly until they quit. Few clinicians would initiate a blood pressure medication and then give up if the initial treatment was unsuccessful.

Smoking is a serious life-threatening disease that kills half of all long-term sufferers. Continuing smokers will lose 10 years of life on average. In spite of this, smoking remains the elephant in the consulting room and is often neglected.

However, there has been an exponential growth in research into evidence-based strategies to help smokers quit. Effective smoking cessation treatments are now available and are among the most cost-effective interventions in modern medicine.

Although smoking rates in Australia are falling, this is not true in all subpopulations. In particular, disadvantaged groups form an increasing proportion of the smoking population. Smoking contributes to a very large part of the health and financial gap between these groups and the rest of the community.

In 2008, the smoking rate of Indigenous Australians was 47%, compared to 17% for non-Indigenous Australians. People with mental health disorders have twice the smoking rate of the general population and also smoke more heavily. Twice as many people in the lowest socioeconomic group smoke as those in the highest socioeconomic group. Seventy-four per cent of prisoners smoke daily.

What we can do?

Doctors or nurses who want to learn more can join the Australian Association of Smoking Cessation Professionals (AASCP).

AASCP was officially launched in 2012 to help train and support health professionals in smoking cessation. Members include GPs, psychiatrists, psychologists and nurses.

A Smoking Cessation Update Day for health professionals will be held in Sydney on 27 November, conducted by the Smoking Research Unit at the University of Sydney, in collaboration with AASCP.

The 1-day conference boasts an impressive list of international and local speakers who will provide a practical update for clinicians. Areas covered will include postcessation weight gain, smoking and mental health, smoking in prisons, smoking cessation in patients with HIV/AIDS and Indigenous smoking.

It may be time to confront that smoking elephant in the consulting room.

Dr Colin Mendelsohn is a tobacco treatment specialist at the Brain and Mind Research Institute, University of Sydney. He is a member of the executive committee of AASCP.