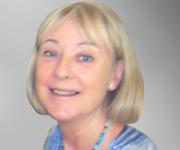 THE standard of bereavement care in general practice has been challenged by new research published in Family Practice.

The study did demonstrate greater improvements in grief scores for patients in the intervention group than those in the control group, but the difference was just below statistical significance. This finding is consistent with meta-analyses of RCTs of various interventions for the prevention and treatment of complicated grief that demonstrate modest effectiveness.

However, the recent research failed to show improvement in the GPs’ diagnostic abilities in recognising prolonged grief disorder, otherwise known as complicated grief — a particularly severe form of grief that has been proposed as a distinct mental disorder for the DSM-5.

This form of grief, experienced by about 10% of bereaved persons, is characterised by a risk profile and a distinct symptomatology, including severe separation distress with intense yearning. Along with other forms of severe grief, complications include significant physical and mental illness such as cardiac crises, exacerbation of existing illness, substance abuse, social dislocation and suicide.

Unlike adaptive grief, which affects about 80% of bereaved persons, complicated grief does not recede over time. Without therapy, it runs a prolonged course with multiple complications. Psychosocial interventions are considered effective and recommended for all those experiencing severe grief and for those otherwise needing support.

his has direct relevance for GPs. As family doctors, we regularly encounter bereaved patients: we live the bereavement with them as we attend to their dying family members; and we pick up the pieces of the complications of their grief months, or even years, later.

A preliminary study of general practice patients that I conducted in Adelaide found around 25% to be experiencing grief from a death loss.

GPs are often the professional of choice for those experiencing grief as they are available and affordable. They are uniquely equipped with their prior comprehensive knowledge of the patient, diverse clinical skills and expertise in chronic problem management, and theoretically are well placed to care for the bereaved in the community.

Yet the Danish study poses the question: why were the results so minimal? Other than methodological difficulties common to bereavement research, the authors say the answer is in the nature of the intervention and insufficient GP expertise.

Translating this from the Danish national health system to the Australian context, would we do any better? Are we aware of who is most at risk? Where is our training?

My particular clinical focus is on grief counselling, but I had to go outside my discipline to the funeral industry, psychology, the social sciences, psychiatry and palliative care for information and training.

Are we complicit with our death-denying society in neglecting an important area of clinical practice? After all, bereavement care is embodied in the Australian national mental health and suicide prevention strategies.

With the known morbidity of severe grief, demonstrated evidence for the effectiveness of bereavement care and the substantial prevalence of bereaved people in the general practice population, it behoves us to take action.

We need training programs evaluated for their efficacy, a body of research literature in the general practice setting, and diagnostic tools and therapeutic guidelines evaluated with appropriate instruments. Cost–benefit may be impossible to measure when the multidimensional long-term possible outcomes are considered, but the literature evaluating illness prevention would support the initiative.

This latest study highlights the need for general practice to formally recognise its role in grief and implement an evaluated program of bereavement care.

Dr Sheila Clark is a GP with a special interest in grief counselling, based in Adelaide, and adjunct senior lecturer with the Discipline of General Practice at the University of Adelaide.