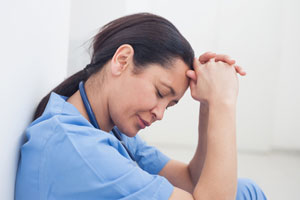 Alarm at aggression in medicine

INCIDENTS of aggression from colleagues in clinical medical practice are surprisingly high in Australia, according to findings from the first nationwide study into medical workplace aggression.

The authors of the research, published in the latest MJA, said the results of the cross-sectional study of Australian medical clinicians indicated that workplace aggression in medicine “is a significant professional, occupational safety and public health issue”. (1)

The research found that co-workers were the third most common source of aggression towards clinicians after patients and patients’ relatives.

They surveyed 9449 doctors between March 2010 and June 2011 in the third wave of the Medicine in Australia: Balancing Employment and Life (MABEL) survey to determine how often doctors were subjected to verbal or written and physical aggression from patients, patients’ families and carers, colleagues, and other people external to the workplace.

“Of particular importance is the finding that workplace aggression prevalence for the primarily hospital-based, younger and less experienced hospital non-specialists and specialists in training was up to twice that for GPs or specialists”, the researchers wrote.

International medical graduates (IMGs) in general practice appeared to be more vulnerable to workplace aggression from patients, the authors wrote.

Associate Professor Leanne Rowe, of the University of Sydney, told MJA InSight that she hoped the study would serve as a catalyst for action by the medical profession.

“This very significant study confirms the need for formal training on aggression minimisations skills, particularly those at higher risk including international medical graduates, junior doctors, and women. The issue of co-worker violence is of concern and requires further exploration”, Professor Rowe said.

Dr Will Milford, chair of AMA Council of Doctors-in-Training, was surprised at the high rate of verbal, written and physical abuse from co-workers.

“I wonder whether, particularly with the higher rates for hospital doctors, this reflects the high stress environment in which these doctors work. How much of this is driven by public hospitals under pressure, with too many patients, not enough beds, not enough staff and too few resources?”

However, Dr Milford said caution was required when comparing these data to data collected by other research groups. “Differences in the methodology of the study will reflect different results, and unless the studies were identically run it would be premature to assume the difference reflected a true difference between health systems”, he said.

The study authors wrote that previous research showed doctors exposed to aggression reported a loss of confidence or enthusiasm for treating patients, and increased medical errors.

“Clearly, greater institutional efforts are required to enhance the aggression minimisation skills of doctors who are new to clinical practice, and to reduce both the prevalence and impact of workplace aggression”, they wrote.

Dr Milford said raising awareness of bullying and harassment in the medical profession was an important step in the process of eliminating the problem.

“The AMA encourages doctors’ employers and the medical colleges to have their own anti-bullying/harassment policy.”

Dr Milford said he hoped this research, and research like it, could drive change and improve the workplace for all staff in the health system.

Professor Rowe said it would valuable to look at evidence-based strategies implemented by other professional groups.

“For example, in response to a number of prominent cases of physical violence, formal training is provided routinely to nurses in Victorian public hospitals. It is time for the medical profession, perhaps led by the AMA, to develop a similar program of training for doctors of all specialties. More information about responding to medical workplace violence may be found at www.racgp.org.au/gpsafeplace”, she said.

25 thoughts on “Alarm at aggression in medicine”