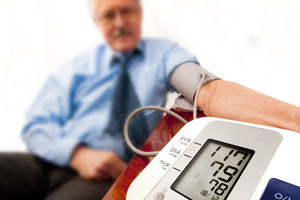 MORE intensive blood pressure lowering in high-risk patient groups should be included in clinical guidelines, according to the authors of a new meta-analysis that shows it provides greater vascular protection than standard BP goals. (1)

The meta-analysis of randomised controlled trials, which included more than 37 000 patients and more than 1900 major vascular events, was conducted by researchers from Australia, China, the US and Japan.

By comparing results for patients with standard and more aggressive BP-lowering targets, it found the benefits of intensive BP lowering to below current thresholds might achieve additional benefits in reducing the burden of cardiovascular morbidity for many patients.

One of the authors, Professor Bruce Neal, of the George Institute for Global Health at the University of Sydney, told MJA InSight that the research provided substantial reassurance that intensive lowering of BP was more likely to provide benefits in high-risk patients than produce harms.

“What doctors want to know is, if they lower a patient’s BP from 150 mmHg to 130 mmHg, is that going to be better than stopping at 140 mmHg”, Professor Neal said. “Our data strongly suggest that this is indeed the case, particularly for high-risk patients.”

However, he warned that the results did not mean that every patient should go straight onto three drugs for their hypertension. “Start with one drug, check for side effects then add the next”, Professor Neal said. “For many patients the best way to get lower BP with minimal side effects is to use half doses of multiple drugs.”

Professor Mark Nelson, the head of the discipline of general practice at the University of Tasmania, said the research reinforced the recommendations of the Heart Foundation to treat BP to target.

Professor Nelson said that generally both patients and doctors became less aggressive in lowering BP as they got closer to targets. However, this research showed there were benefits in getting BP lower.

It also showed that it was worth aiming for lower BP in the elderly as age subgroup analysis showed the same benefit in this high-risk group, Professor Nelson said.

The BP targets varied substantially in the 15 randomised controlled trials included. The three most conservative trials sought to meet or better group targets of 140–150 mmHg systolic and 85–90 mmHg diastolic, while targets in the most aggressive studies were 20–30 mmHg below these levels. On average there was a 7.5/4.5 mmHg difference between the more and less aggressive groups in BP levels achieved.

Intensive lowering did not show a statistically significant beneficial effect for heart failure, and did not lower the risk of cardiovascular death, non-cardiovascular death or all-cause death compared with less intensive BP control.

The authors said the data on adverse outcomes were not as clear. However, more intensive BP control did greatly increase the risk of hypotension in some trials, although the overall annual rate of severe hypotension was very low.

There was no clear difference in the rates of patients stopping medications between the intensive and less intensive groups.

“Some adverse effects were more common in the intensively treated groups, but there was no suggestion that more intensive regimens were likely to result in net harm”, the authors said.

“A range of research questions arise from this work, perhaps most importantly how best to achieve and maintain greater BP reductions in high-risk patients …”, the researchers said.

“It is apparent that low-dose combinations will be an important part of this solution but other approaches to improve treatment rates and adherence will be required.”

An editor’s summary of the research said although the study suggested that a target BP of 130/80 is likely to produce an additional overall benefit compared to a target of 140/90, more trials were needed to confirm this conclusion and to determine the best way to reach the lower target.