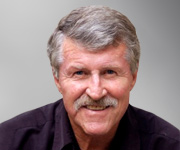 But now, big business is moving in to close the loop. Business Insider, a US business site, has put forward a rating scale of 11 investment opportunities  for capitalising on the obesity epidemic, which they describe as a growth industry (sic) for at least the next 50 years.

So now, not only is getting fat good for business, so is getting rid of fat once you’ve got it.

The economic benefits of fattening the population are no secret. This was illustrated in an episode of the ABC’s Gruen Transfer, when competing advertising agencies attempted to sell the “unsellable” — obesity. The slogan used by the winning agency was: “Thanks to the obese of Australia. Because it’s your EXcess, that’s guaranteed our SUCcess [in getting us out of the Global Financial Crisis]”.

But in a need-to-grow economic system, getting the population fat is only one side of the ledger. What do you do to increase market size once they’re all fat?

Well, there’s drugs, weight loss programs, fast foods and anything else you can think of to try to either keep them fat, or give them the hope of getting slim again.

Hence of the 11 major recommended investment opportunities proposed in the report from the Bank of America Merrill Lynch — which were famous instigators of the GFC — three are related to foods or diets, four to medical treatments, two to energy use (or lack thereof) and one to textiles (big people need more material).

Here, in detail, is what the financial gurus are drooling over:

Food and diets: This includes fast food restaurants and suppliers, snack foods and all kinds of diets. Sales for each of these are up and all are looking to a healthy future. “The industry benefits from obesity”, says Business Insider, “… with junk food to satisfy any appetite” and then “… a countervailing obsession with … healthy snacks”. Fad diets and exercise then attempt to correct what these products cause — all with good returns to shareholders.

Health care and medical treatments: Hospitals and medical clinics, diabetes and cholesterol drugs are thriving. Apparently India’s diabetic population, which is closely following the pattern in China, is expected to soar from 40 to 70 million people in the next few years, all requiring several expensive medications. Cholesterol-lowering drugs are among the world’s top-selling drugs and sales are expected to rocket as diets deteriorate. Pfizer made $10.7 billion from sales of Lipitor alone in 2010. Add to this, the value of weight loss pills (none of which have yet been found to be very effective) and you have a business bonanza.

Energy use: Fat people are usually inactive and may spend more time watching TV. To make sure, programs like The biggest loser are designed to drag them in by providing an answer while being a cause. In the process, big people need more heating and cooling; they burn more fuel driving and even increase fuel costs in aeroplanes. Business Insider suggests this might be a good reason to go for natural gas stocks as petrol supplies diminish.

The Business Insider story, which claims that obesity will remain big business until at least 2050, illustrates the schizophrenic nature of governments around the world. Publicly, governments claim to be committed to reducing obesity and other chronic diseases. But when it comes to a battle between economics and health, the former will usually win, especially in a struggling economy.

Perhaps we need to look not at the dollars, but the economic growth system that drives the need for such dollars, and even more so when growth is saturated and, as Canadian writer John Ralston Saul says, “… the false escape hatch of financial speculation and spiral of tenuous service employment” have failed.

Let’s face it. Money trumps health (including obesity) at every turn.

But should we let it?