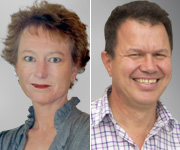 THERE has been much recent negative media about climate change — from harmful effects on human health, consequences for infrastructure and communities, through to concerns about the impact of Australia’s carbon price on the economy.

But there is a positive story about climate change that warrants media attention.

This good news story is the potential for health benefits from action on climate change. The changes needed to cut greenhouse gas emissions in the energy, transport, built environment, and food and agriculture sectors could also lead to substantial improvements in health.

A growing shift to renewable energy generation in Australia will reduce toxic air pollution in Victoria’s Latrobe and NSW’s Hunter valleys and improve the respiratory and cardiovascular health of people who live there.

Certainly, the people whose livelihoods currently depend on the fossil fuel energy sector will still need income, so it is essential that our governments invest in economic development in the regions most affected.

Similarly, a shift from motor car use to active modes of travel (ie, walking, cycling and public transport) in our cities will reduce greenhouse gas emissions and toxic air pollution from urban transport and increase levels of physical activity, thereby improving physical and mental health.

Research shows there would be economic gains too — potential for billions of dollars of savings in health and productivity costs annually from healthier, low carbon, ways of living.

Doctors and other health professionals can play an important role in the transition to a low carbon future. An understanding of the health benefits from action on climate change is relevant to the advice we give about primary and secondary prevention of chronic diseases.

For example, encouraging patients to walk or cycle to work, rather than travel by car, is a practical way to build physical activity into their daily routine and, at the same time, reduce greenhouse gas emissions.

Of course, for some people there are significant barriers to making such changes. People who live in outer metropolitan areas often have to travel long distances to work and don’t have easy access to good public transport services. In such circumstances, public health professionals can, and should, advocate for improved government investment in public transport.

More generally, doctors should demonstrate leadership on climate change by reducing the carbon footprint of clinical practice, providing appropriate education in the clinical setting, leading by example (eg, using a bicycle rather than a large motor car), assisting research that elucidates the health risks posed by climate change and contributing, via professional organisations, to public education and policy advocacy.

Developing a greater community understanding of the health benefits from action on climate change is important for several reasons.

First, it should inform societal decisions about how we allocate resources.

Second, people care about their health and when climate change is framed as a health issue — particularly from the perspective of these additional health benefits from action on climate change — people are much more likely to respond positively and to support action to reduce greenhouse gas emissions.

It’s also a useful way to cut through the sometimes toxic public discussion about climate change that has been holding us back from joining other nations in realising these gains.

Our elected parliamentary representatives should utilise this positive message about health benefits in their efforts to engage the Australian community in the need for urgent action on climate change.

However you choose to frame it, the facts are that the implementation of strategies to cut emissions can lead to demonstrable and significant benefits for health and wellbeing, saving billions of dollars and providing a compelling benefit–cost ratio.

What are we waiting for?

Fiona Armstrong is the convenor of the Climate and Health Alliance (CAHA). Tony Capon is professor of public health at the University of Canberra and a member of CAHA’s expert advisory committee. CAHA and the Climate Institute recently released Our uncashed dividend, a joint report on the health benefits from action on climate change.